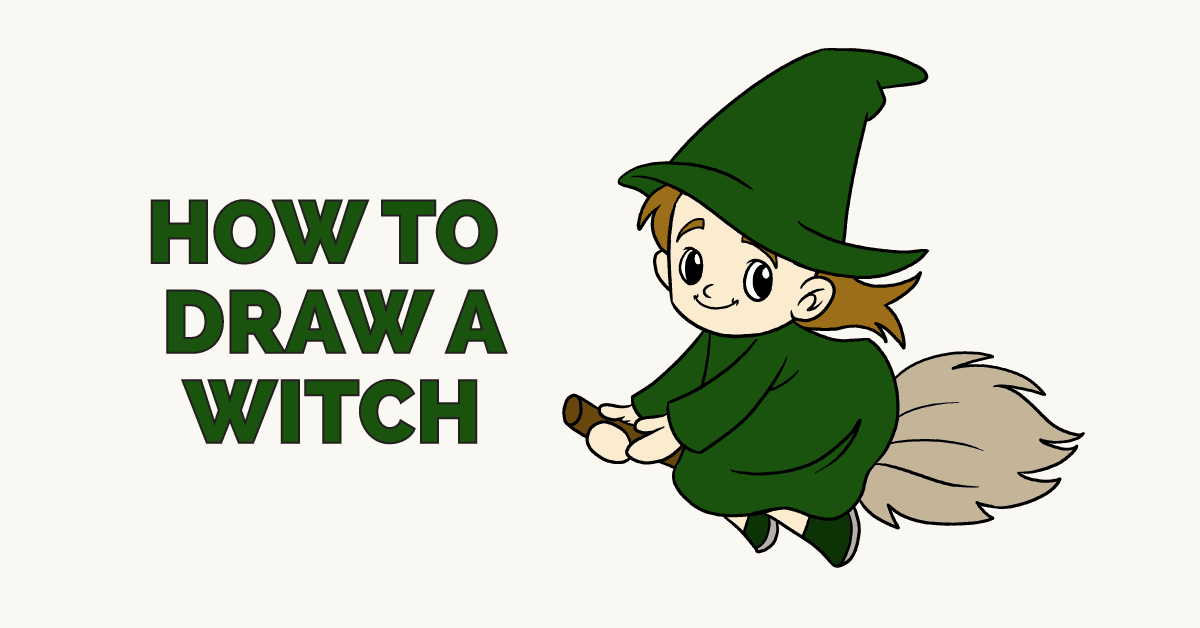 ​Individuals fitting this description have occupied various cultures throughout history. Ancient "mystery religions" of Greece and Rome involved spells, omens, and magical concoctions. From the middle ages until the end of the 1700s, "witch hunts" took place in Europe and North America.

Supposed witches were often weighed or thrown into bodies of water, as they were thought to have no weight. If the courts decided a person was a witch, they were killed. Today, many tribal cultures employ "witch doctors" as physicians, and certain religions still practice witchcraft.

​The image of a witch wearing a pointed hat is a relatively modern invention, appearing perhaps during the Victorian period. Pointed hats were regarded as evil symbols, resembling the horns of the devil. The idea of a witch flying on a broomstick may have originated with with early use of hallucinogenic plants by budding pharmacologists.

​​If you would like to draw a cartoon witch for Halloween, this easy, step-by-step drawing tutorial is here to help. All you will need is a pencil and a sheet of paper. In each step, you will be provided with explanatory text as well as a detailed illustration.

​Step by Step Instructions for Drawing a ​Witch

1. ​Begin by drawing an irregular circle, a bit flattened on each side. This will form the witch's head.

2. ​From the head, extend a long, curved line. Enclose an irregular shape. This will form the witch's gown.

3. ​Draw a long, curved line through the witch's head. This will form the brim of the hat. Enclose a tuft of hair between the brim and the face. Use a series of short, connected, curved lines that meet in points.

4. ​Draw the witch's ears. For each ear, use a curved line. Add detail within the ear using short, curved lines.

How to Draw a Sad Girl Crying

How to Draw a Mother Hugging a Daughter

6. ​​Draw the face. Enclose two large eyes using ovals. Draw a vertical curve through each oval, and enclose a small circle; shade between the two. Use a curved line to form the smiling mouth, with tiny squiggles adding depth at each end. Use a small "C" shaped line for the nose. Enclose the eyebrows using two long curved lines, connected at a point on one end and by a short, straight line on the other.

7. ​​Draw the arms. Use long, curved lines to outline the sleeves, connected by a shorter curved line at the end. Use two "U" shaped lines to form each mitten-like hand. Draw a set of short, parallel lines extending from the hands, and connect these using a small oval. This forms the end of the broomstick.

How to Draw a Samurai

9. ​Enclose a bushy figure using curved lines of differing lengths. This indicates the straw of the broom. Draw curved lines across it to give it texture.

The Complete Witch Drawing Tutorial in One Image

How to draw: Witch - all drawing steps