Learn how to draw a great looking Demon with easy, step-by-step drawing instructions, and video tutorial. You can now easily create a beautiful Demon drawing. 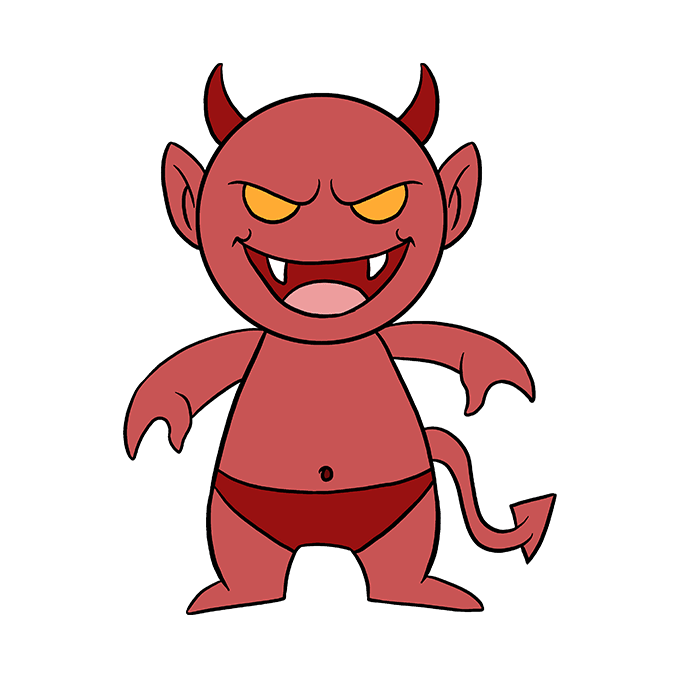 ​During the fall of the year, many cultures around the world host celebrations involving spirits of the dead. In North America, this holiday is known as Halloween. Commonly pictured alongside spirits of the dead are frightening red, humanoid figures with horns and pointed tails, carrying pitchforks.

​From where did this image of devils or demons originate? Belief in demons spans times and cultures. In the Christian religion, the demons were once beautiful angels created by God. They later became evil creatures, ruled by the devil, after leaving heaven to live among humans.

​Greek and Roman mythologies continued the idea of "gods" walking among men - Greek poet Homer used the words for "god" and "demon" interchangeably. Later, the deceased were thought to become demons, or lesser gods. It was at this time that the belief in demons ruling a fiery or frigid underworld in which the evil were punished came to be.

​​During the Middle Ages, cathedrals and paintings frequently included images of demons punishing the dead. At that time, the demons were typically depicted as muscular, winged men, hearkening to the biblical description of their beginning as angels.

The iconic depiction of the devil or demons as red and horned is relatively modern. It first appeared in nineteenth and twentieth century depictions of the Greek god Pan, a half-man, half-goat deity. This image was soon synonymous with the devil of Christianity. With this easy, step-by-step drawing guide, you too can draw such a figure. All you will need is a pencil and a sheet of paper.

If you liked this tutorial, see also the following drawing guides: Fairy, Witch, and Angel. 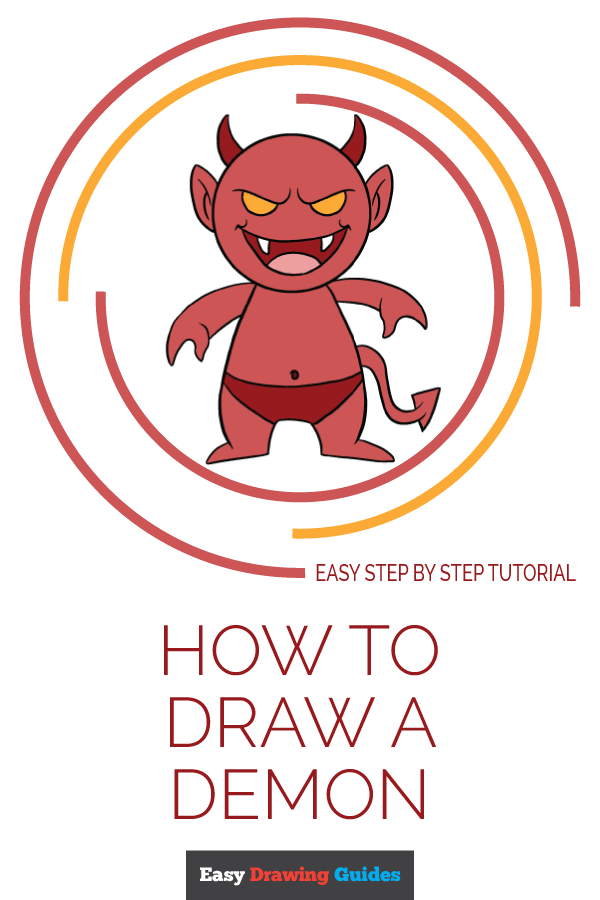 ​Step by Step Instructions for Drawing a ​Demon 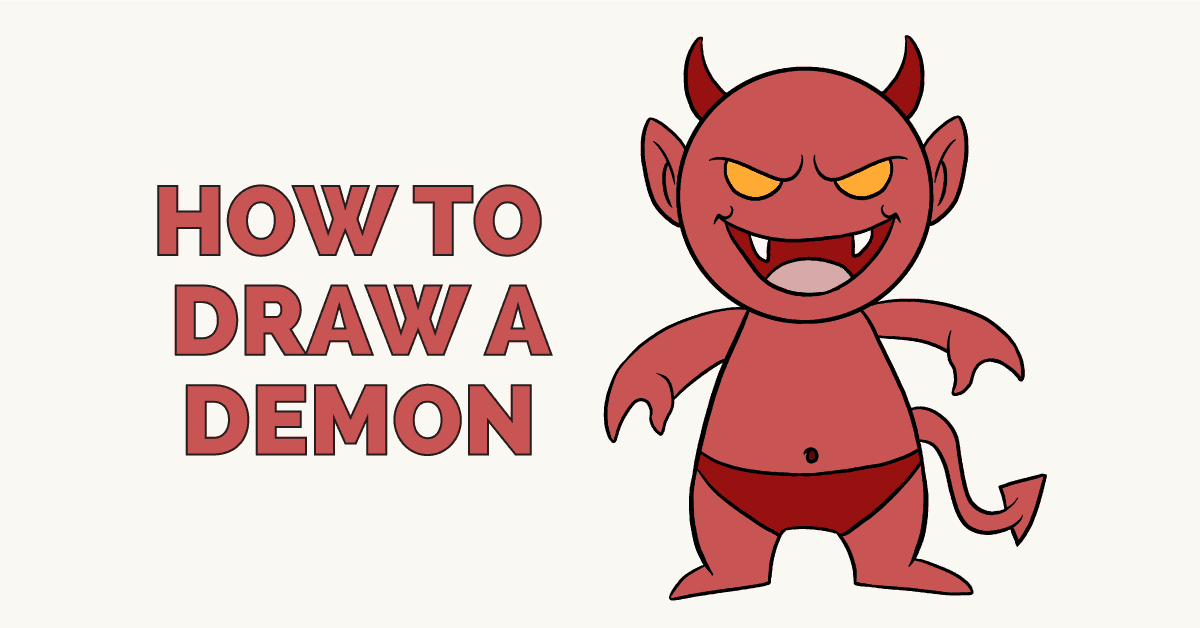 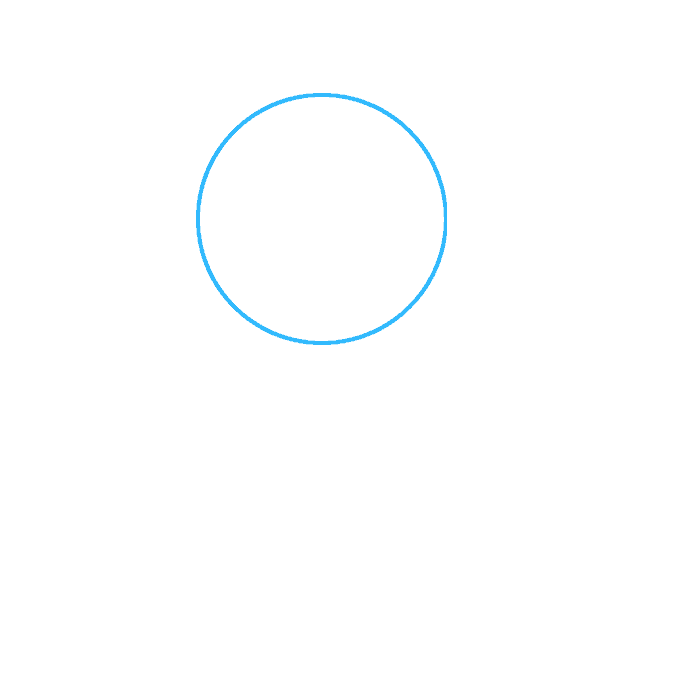 1. ​​Begin by drawing a circle. This will form the head. 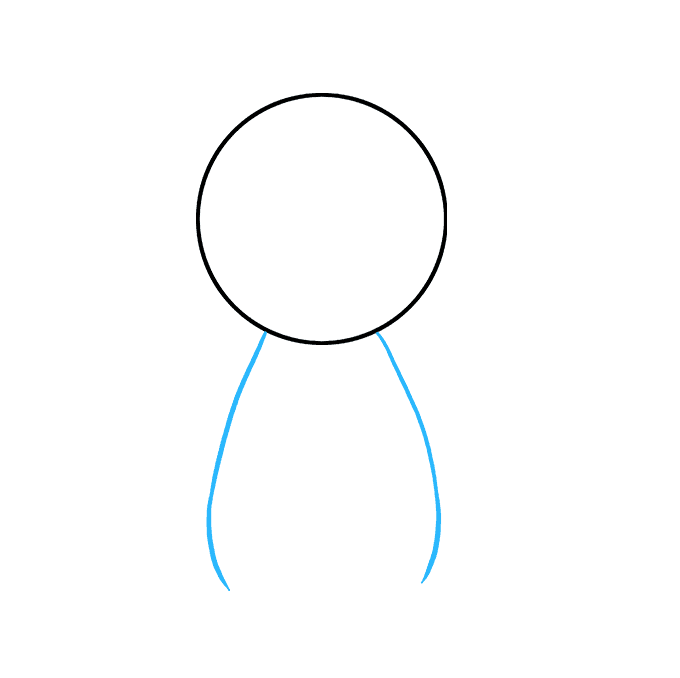 2. ​​Draw two long, curved lines extending downward from the head. This will outline the body. 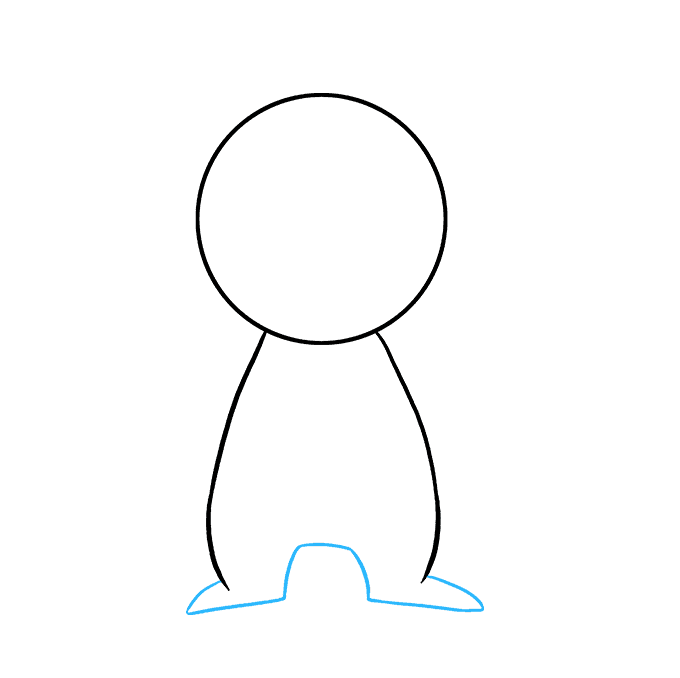 3. ​​Enclose the body, legs, and feet using a long, curved line. Note how each foot ends in a rounded point, and the curve of the legs rises to form an irregular half circle. 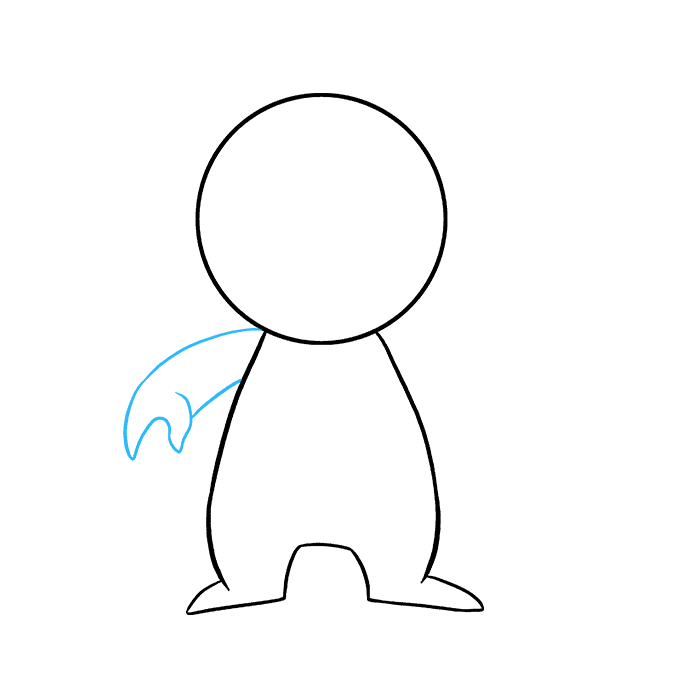 4. ​​Draw the arm using a series of curved lines. Draw one long curve to outline the top of the arm; then, draw a shorter, upside down "U" shaped line to form the inside of the hand. Complete the outside of the hand with another short, curved line, and use a final curve to connect the hand to the body, fully enclosing the arm. 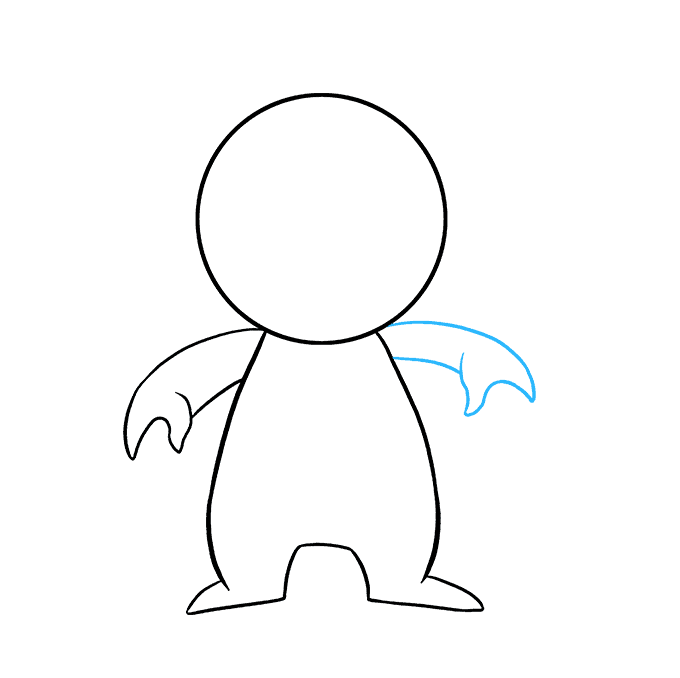 5. ​​Draw the other arm on the opposite side, in a similar manner to the first. Use long, curved lines to outline the arm, as well as shorter curved lines and a "U" shaped line to form the hand. 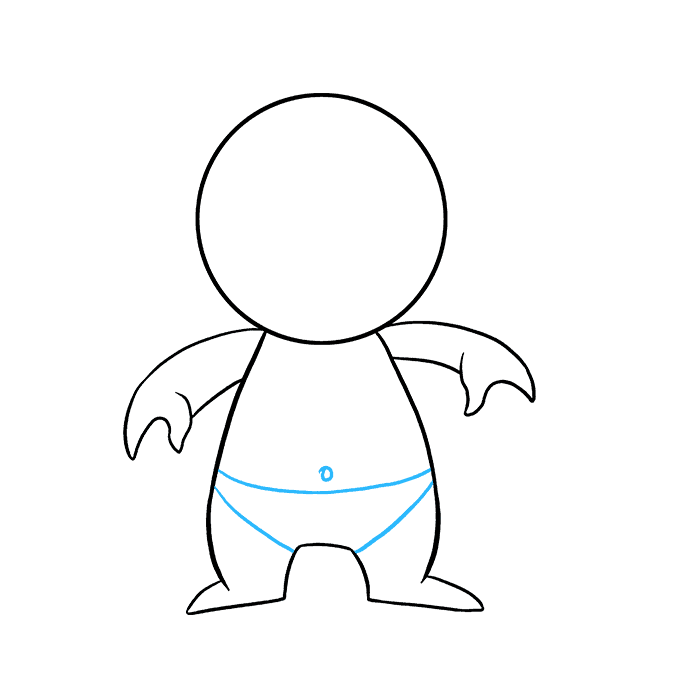 6. ​​​Give the little guy some clothing. Draw a curved line across the abdomen and the top of each leg. Above the garment, draw a tiny circle to indicate the belly button. 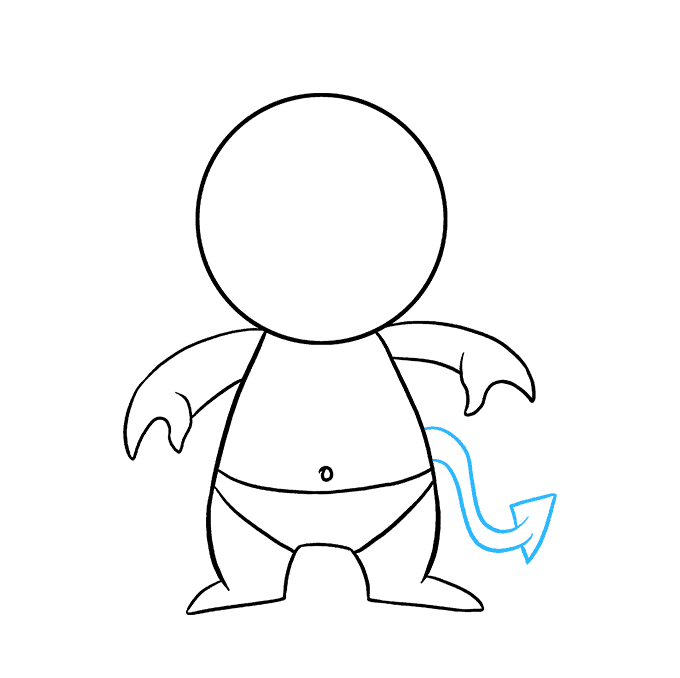 7. ​​​Extend two parallel, "S" shaped lines from one side, forming a tail. Enclose the end of the tail by drawing a triangle around it.

How to Draw an Eyeball 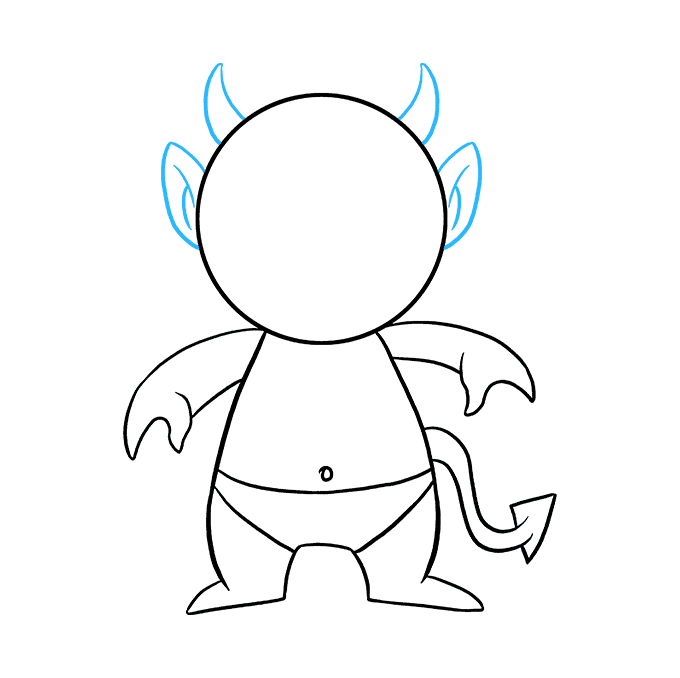 8. ​Enclose pointed ears on each side of the head, using one curved line for each. Detail the inside of the ear using connected, curved lines. Above the ears, draw horns. For each horn, draw two curved lines, forming a slanted triangle shape. 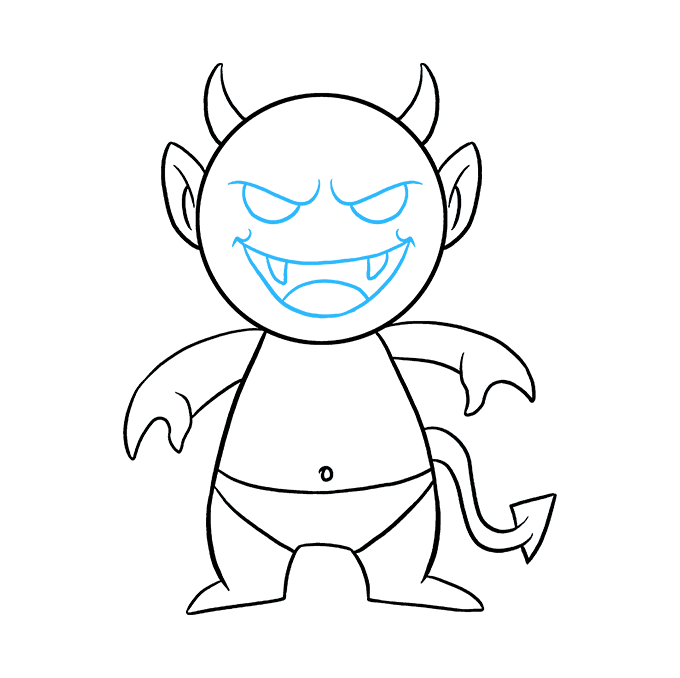 9. ​​Draw two long, curved, connected lines to enclose the snarling mouth. Draw two slanted, upside down triangles dangling from the top of the mouth, indicating teeth. Draw a curve along the bottom of the mouth to form the tongue, and draw a short squiggle to add depth to each corner of the mouth. To draw the eyes, first use two curved lines to form the brows. Enclose a half circle under each.

10. ​​​Color your character. Traditionally, demons and devils are often depicted as being red in color. 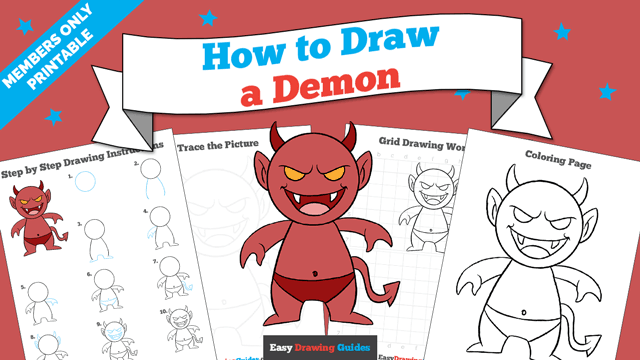