Train by Darth Sidious, Darth Maul was a Sith Lord who wielded a double-bladed lightsaber. He is a Zabrak from Dathomir. The Zabrak males host a striking appearance, that of encircling facial horns and patterns.

He trained his brother in the ways of the Sith and later headed a galactic crime syndicate. He never gave up the idea of seeking revenge on Kenobi, however. After being stranded on a planet for years, he seduced a Jedi apprentice to join the Dark Side. He finally discovered Obi-Wan's location on Tatooine, where they would meet for a final dual.

Would you like to draw the sinister sith, Darth Maul? This easy, step-by-step Star Wars character drawing guide can show you how - with a little help from the Force, of course. You won't need your lightsaber for this challenge - only a pencil, pen, marker, or crayon and a sheet of paper.

If you liked this tutorial, see also the following drawing guides: Yoda, Kylo Ren, and Porg from Star Wars.

1. Begin by drawing a circle. This forms the basis for sketching Darth Maul's head.

2. Use long, curved lines to sketch the lower portion of the face. Note the squares and pointed chin as well as the overlapping lines that contour the cheeks.

3. Erase guide lines left by the original circle. You now have a clean outline of a face.

4. Begin to detail Darth Maul's face. Draw a teardrop shape in the center of the forehead. Then, draw a circle around its base. This forms the first of Darth Maul's horns. Extend a pair of curved lines downward from the top of the head, encircling the horn and creating the pattern on the nose. Draw two double-pointed teardrop shapes to form the eyes. In the middle of each, draw a circle within a circle, and shade the smaller to indicate the pupil. Extend a long, curved line from each side of the face, and create a jagged pattern around the eye and across the cheek. Sketch a curved diamond within each of these shapes.

5. Draw an irregular shape to form the tip of the nose, and a zigzag line beneath it.

6. Draw a curved line beneath the zigzag to form the mouth. Connect the mouth to the chin using two curved lines, and draw the shapes within it.

7. Draw several curved, triangular horns springing from one side of the head. Then, use curved lines to indicate the eyebrow and the tattoos.

8. Draw curved, triangular horns on the remaining side. Then, use curved lines to draw the tattoos. 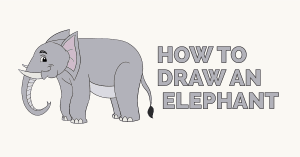 9. Use a curved line to enclose an ear on each side of the head, and additional lines to detail the inner ear.

Color Darth Maul. His face is tattooed in patterns of red and black.

You have done well, padawan learner. But is it the Dark Side or the Light Side that you will choose? Follow your destiny to our selection of character drawing guides. May the Force be with you!