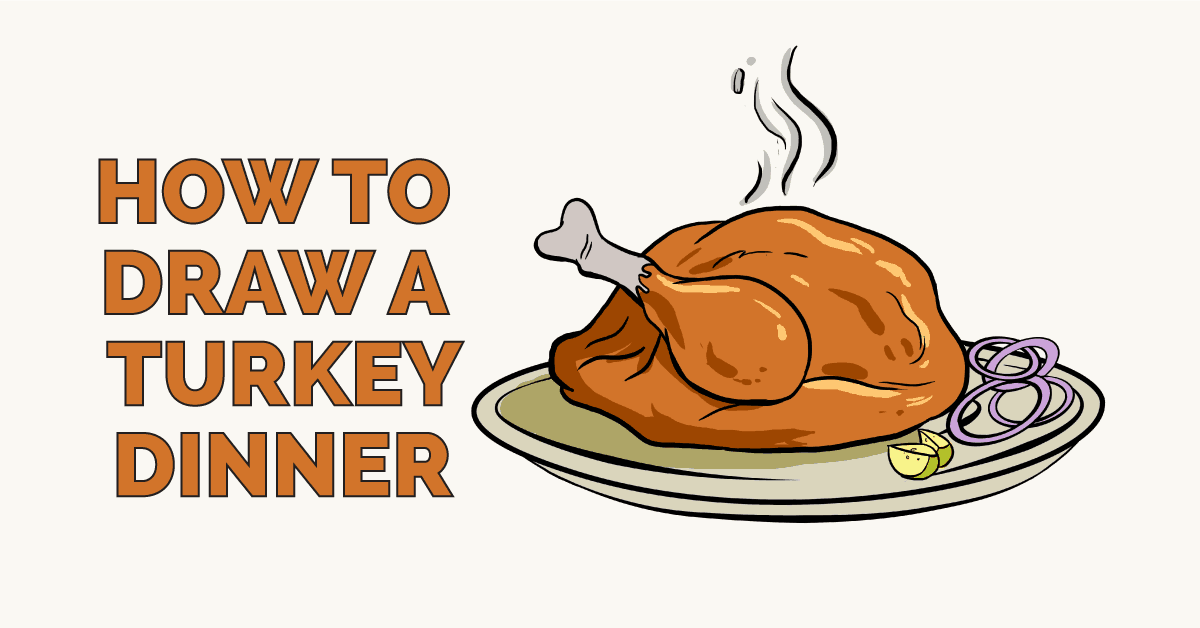 ​The turkey is a wild game bird native to North America. Native peoples began to domesticate the turkey hundreds of years ago, and it was taken to Europe by early explorers.

They called it the Turkey-cock due to its resemblance to guinea fowl of the geographic region of Turkey. Today's domesticated turkeys are much larger than their wild cousins, and they have lost the ability to fly (learn how to draw a turkey).

The term "turkey trot" came from the necessity of herding the birds from farms to cities to satisfy the demand for holiday turkey dinners. In the past, farmers marched turkeys on foot for miles and miles; today, this transport is handled by refrigerated trucks.

​​​​In Europe, the turkey soon became the poultry of choice for the Christmas dinner. In the United States, it is more closely associated with the Thanksgiving holiday for the supposed presence of the bird at the "first Thanksgiving" in 1621 (find more Thanksgiving drawing ideas).

In a letter to his daughter, Benjamin Franklin even suggested that the turkey would be a more fitting symbol of America than the bald eagle.

Each year, the president of the United States "pardons" a turkey from serving as Thanksgiving dinner. The freed birds then live out their lives at historic farms or Disney parks petting zoos.

​​​​Would you like to draw a tasty turkey dinner? Doing so is easier than ever with the help of this simple, step-by-step drawing tutorial.

All you will need is a pencil, a sheet of paper, and an eraser. You may also wish to use colored pencils, crayons, or markers to shade your finished drawing.

If you liked this tutorial, see also the following drawing guides: Turkey, Raven, and Cartoon Tree.

​Step by Step Instructions for Drawing a ​Turkey Dinner

1.​ Begin by drawing an irregular enclosed shape. Use several curved lines to sketch the shape, and notice the bulges on each end. This shape outlines the roast turkey.

2. ​​​​Draw the drumstick. Use overlapping strokes to outline the shape. Note the rounded portion where the drumstick attaches to the turkey, the narrow leg, and the curved, "M" shaped end of the bone.

4. ​​​Detail the drumstick and add texture to the turkey. Draw short, curved lines near the end of the bone, and a jagged, wavy line where the bone and meat converge. Draw wavy lines of various sizes across the turkey, roughly following the contours of the outline.

5.​ ​​​​​Place the turkey on a platter. Use a long, curved line to enclose an oval shape beneath the turkey.

6. ​​​​Add detail to the platter. Enclose the bottom portion of it using a long, curved line. Use additional curved lines that parallel the outline of the platter to add depth to its surface.

7. ​​​​​​​Add some flavorful vegetables to the platter. Start with a pile of circular sliced onions. For each ring of onion, draw a circle within a circle. Erase guide lines as necessary.

8. ​​​​​​​​Draw a pair of lemon wedges beside the turkey. For each wedge, begin with a teardrop shape. Draw a curved line across the rounded end, and extend a straight line down the middle. Erase guide lines as necessary. On each side of the straight line, draw a few dots to indicate seeds.

9. ​​Draw curving lines of various lengths above the turkey to indicate rising steam.

10. ​​​Color your turkey dinner. The ideal color for such a roast bird is a golden brown.

Want to draw the bird before he's baked? Check out our turkey drawing tutorial in order to sketch this fine feathered friend.

The Complete Turkey Dinner Drawing Tutorial in One Image

How to draw: Turkey Dinner - all drawing steps