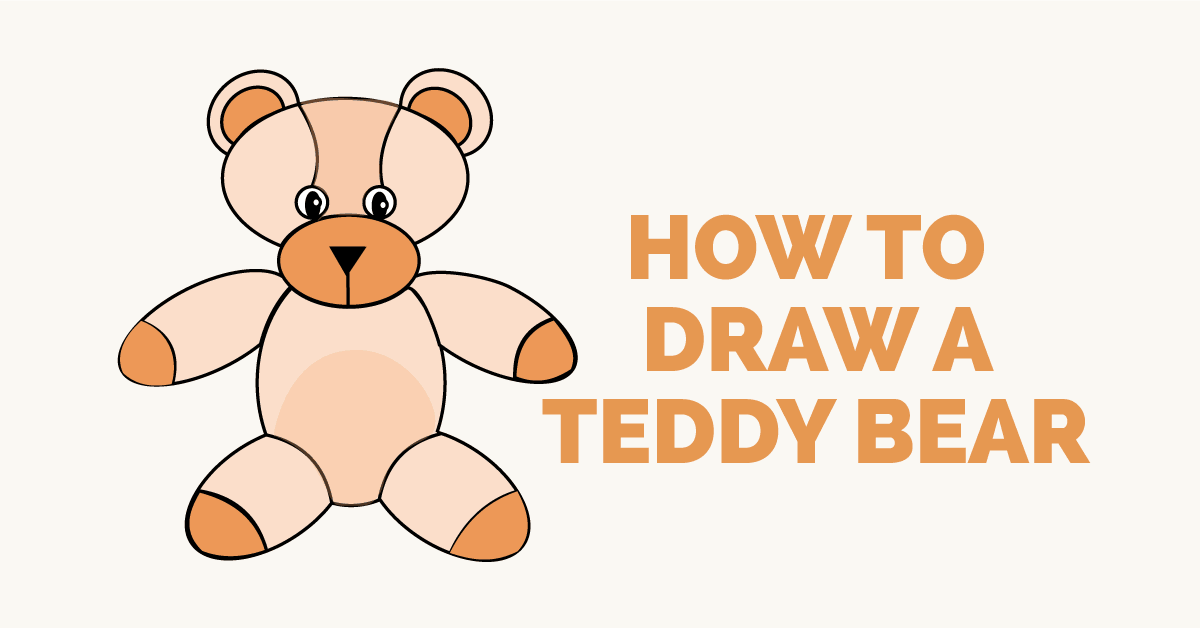 Do you know how the teddy bear got its name? In 1902, United States President Theodore "Teddy" Roosevelt was bear hunting in Mississippi. Roosevelt's hunt had been unsuccessful, so some of his companions chased and captured a young bear and tied it to a tree. Roosevelt refused to shoot the bear in an unsportsmanlike manner.

Soon thereafter, the incident was illustrated in a political cartoon in The Washington Post. A businessman saw the cartoon and was inspired to create a stuffed toy bear, which he advertised as "Teddy's bear." Thus the "Teddy" bear was born.

A number of teddy bear characters are famous in their own right. Children worldwide know bears like Winnie the Pooh, Paddington Bear, Corduroy, and Fozzie Bear.

Would you like to draw a cute cartoon teddy bear? This cartoon drawing tutorial makes it super easy. You'll start by drawing overlapping ovals to get the shape of your teddy bear. Then, you'll fill in the details. All you'll need is a pencil, an eraser, and a sheet of paper. 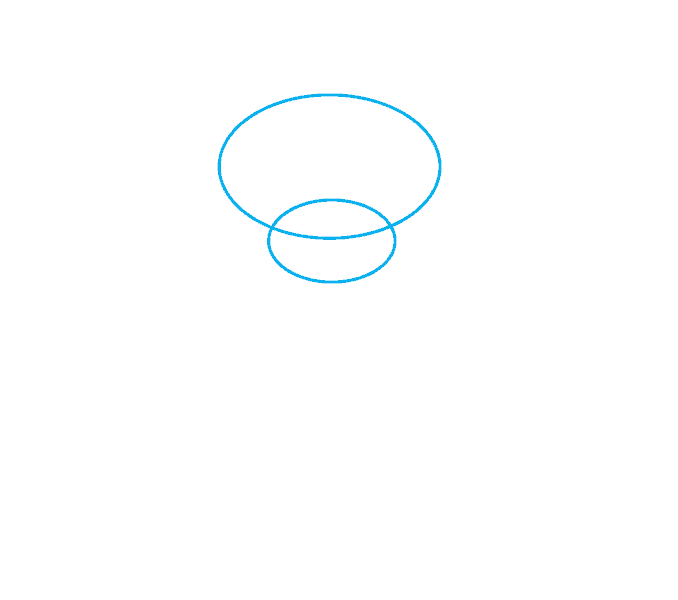 1. Draw two overlapping ovals, one larger than the other. They form the teddy bear’s face and muzzle or mouth. 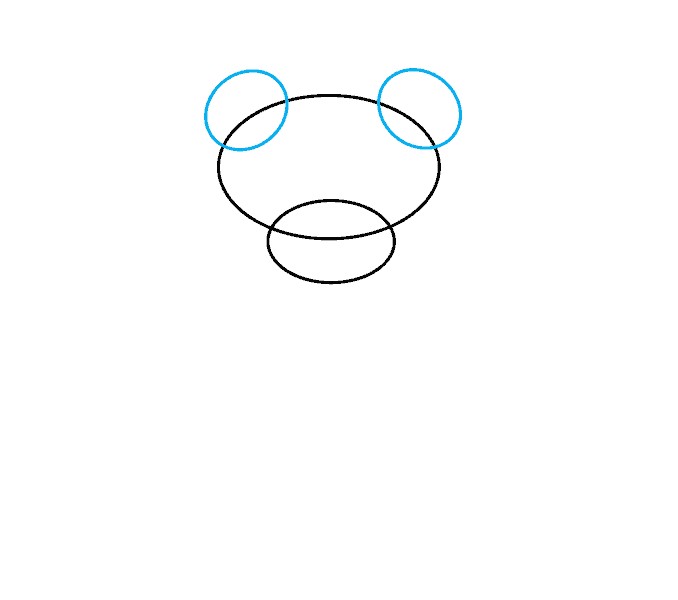 2. Draw two ovals overlapping the top of the largest oval. These form the bear’s ears. 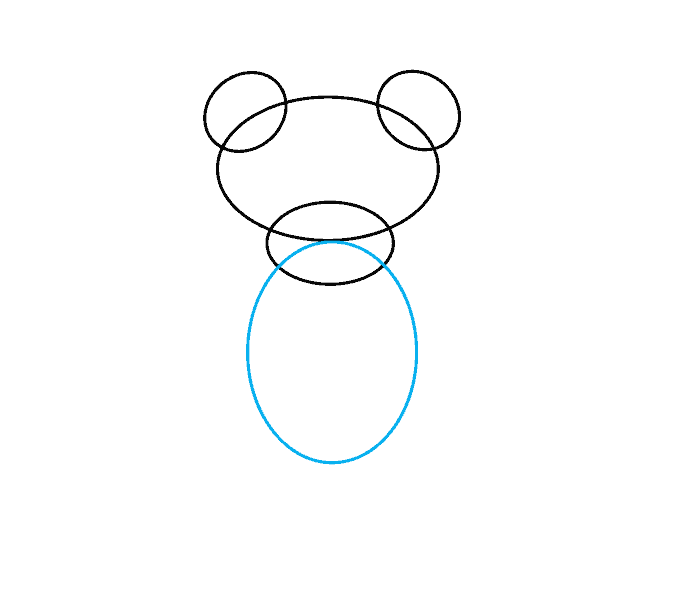 3. Draw a large vertically oriented oval overlapping the oval of the mouth. This form's the teddy bear's body. 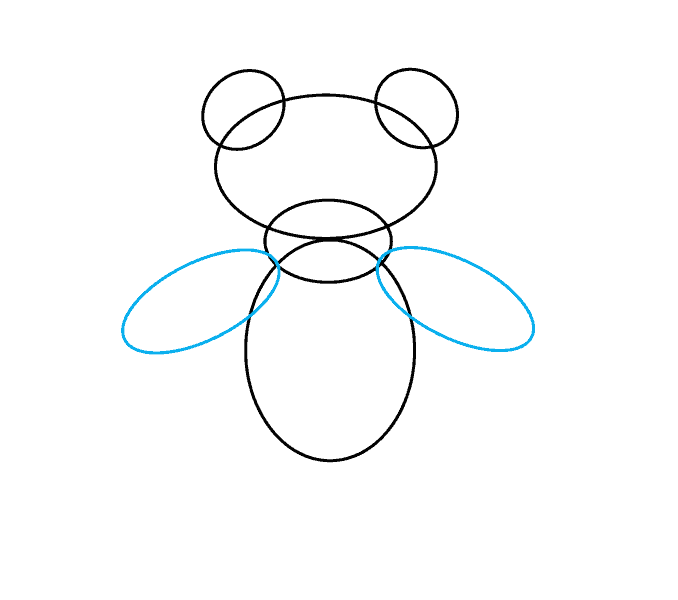 4. Draw two narrow, diagonally slanted ovals. They should overlap both the mouth and the body slightly. These ovals outline the teddy bear's arms. 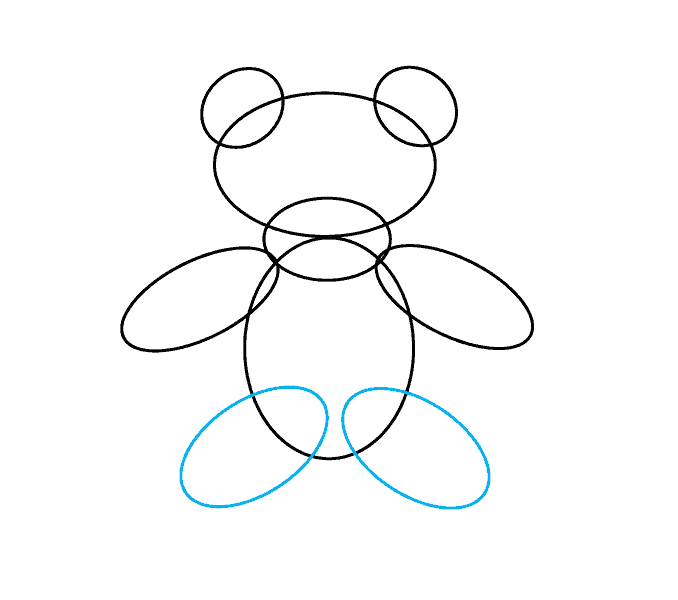 5. Draw two diagonal ovals overlapping the bottom of the body. These outline the teddy bear's legs. 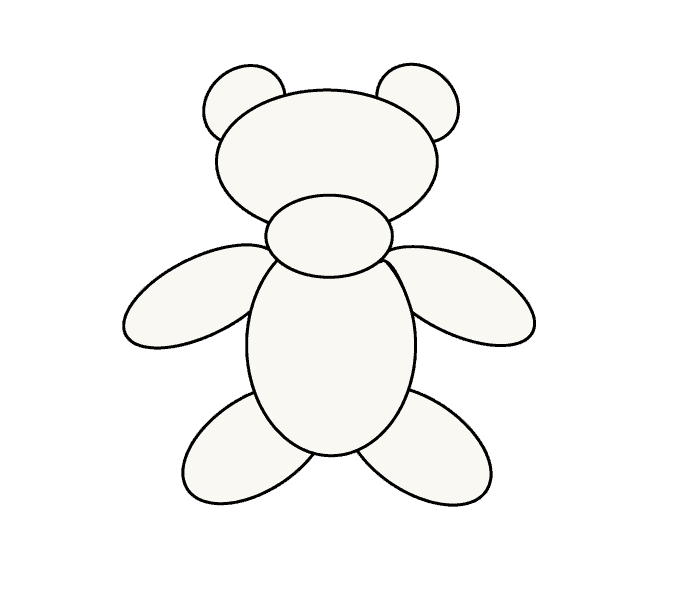 6. Erase the unnecessary overlapping lines, leaving a clean outline of the teddy bear. 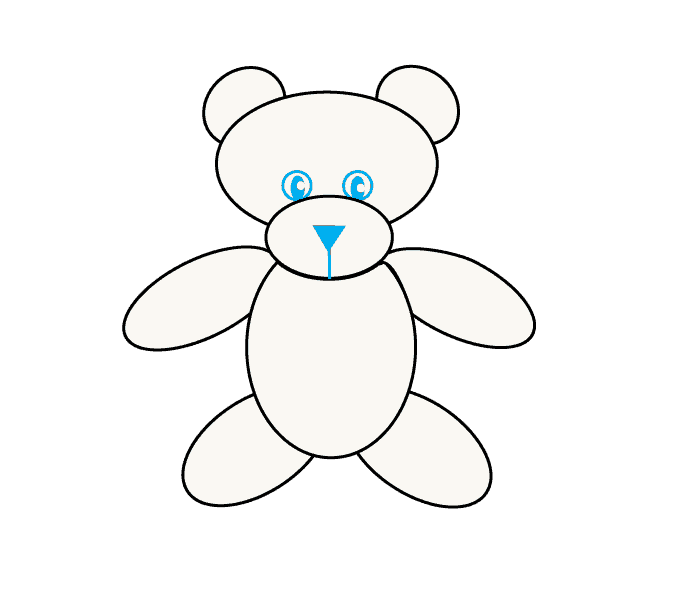 7. Draw two small circles just above the bear's muzzle or snout to form the eyes. Inside each eye, draw a vertical oval with a small circle inside it. Shade between these shapes to indicate the pupil. Then, draw an inverted triangle on the snout to form the nose. Shade it, and draw a straight line from its lower point to the bottom of the snout. 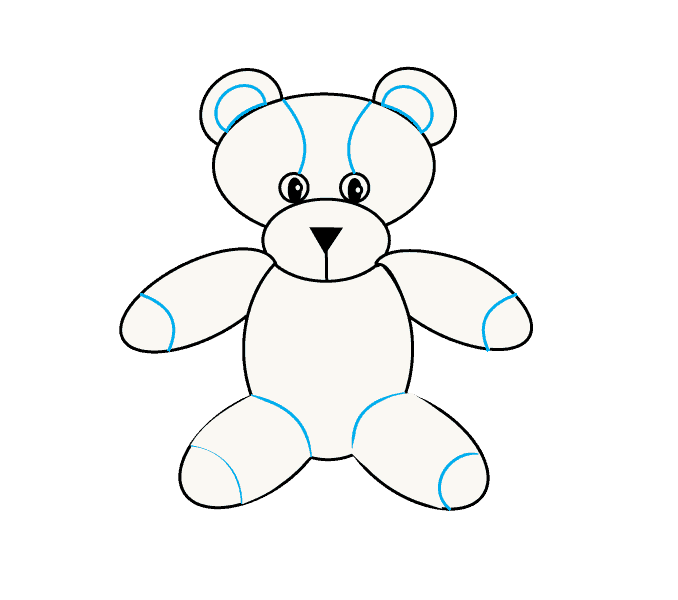 8. Next, you'll draw the bear's stitching. Erase the tops of the leg ovals, and replace them with curved lines. Draw curved lines across the ends of the arms and legs, and from the eyes to the top of the head. Detail the ears with "C" shaped lines. 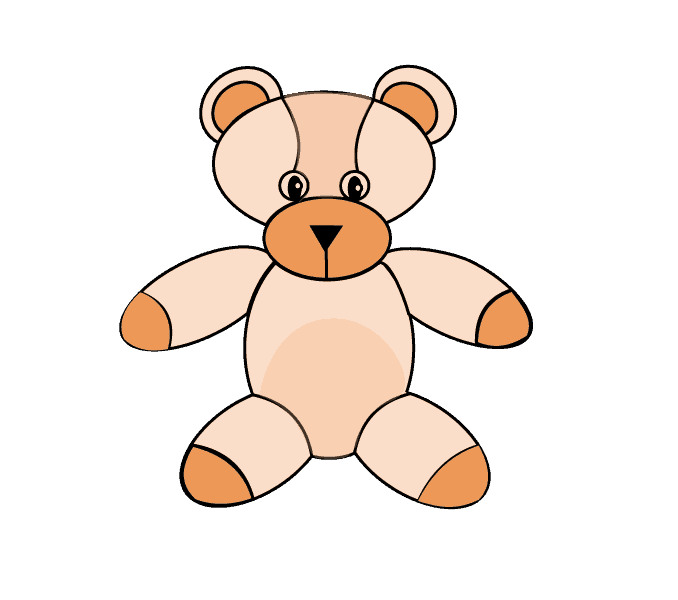 9. Color your teddy bear. Many are brown, but they can come in any color.