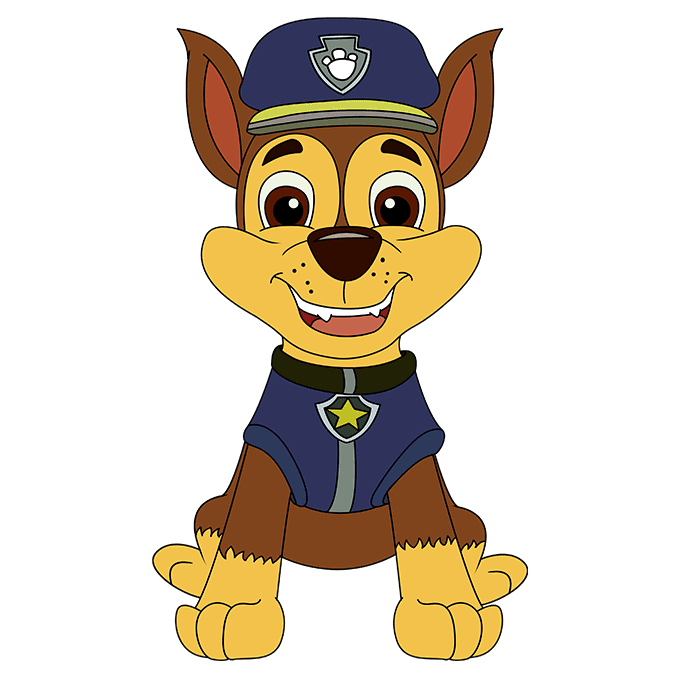 Chase is one of the main protagonists of the animated series Paw Patrol. He is second in command after the 10-year-old human boy, Ryder. Along with a team of seven other pups, Chase and Ryder work hard to keep the inhabitants of Adventure Bay safe.

Chase is a German shepherd trained as a police and security dog. He also directs traffic and goes on spy missions, tracking and rescuing missing people and animals. He has several pup packs that hold his mission gear, and he can use his pup-tag to video call the other members of the team.

Chase's best friend is Marshall the Dalmatian puppy, the resident fire-pup and medic. When not on a mission, these pups like to play just like any other puppies!

Would you like to draw Chase from the cartoon Paw Patrol? This easy, step-by-step cartoon drawing guide can show you how. All you will need is a pencil, an eraser, and a sheet of paper. 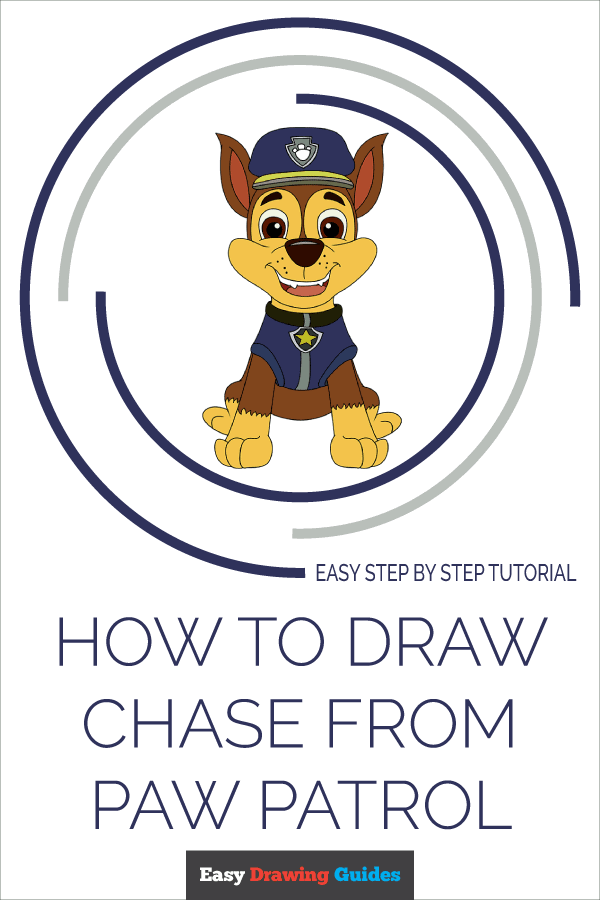 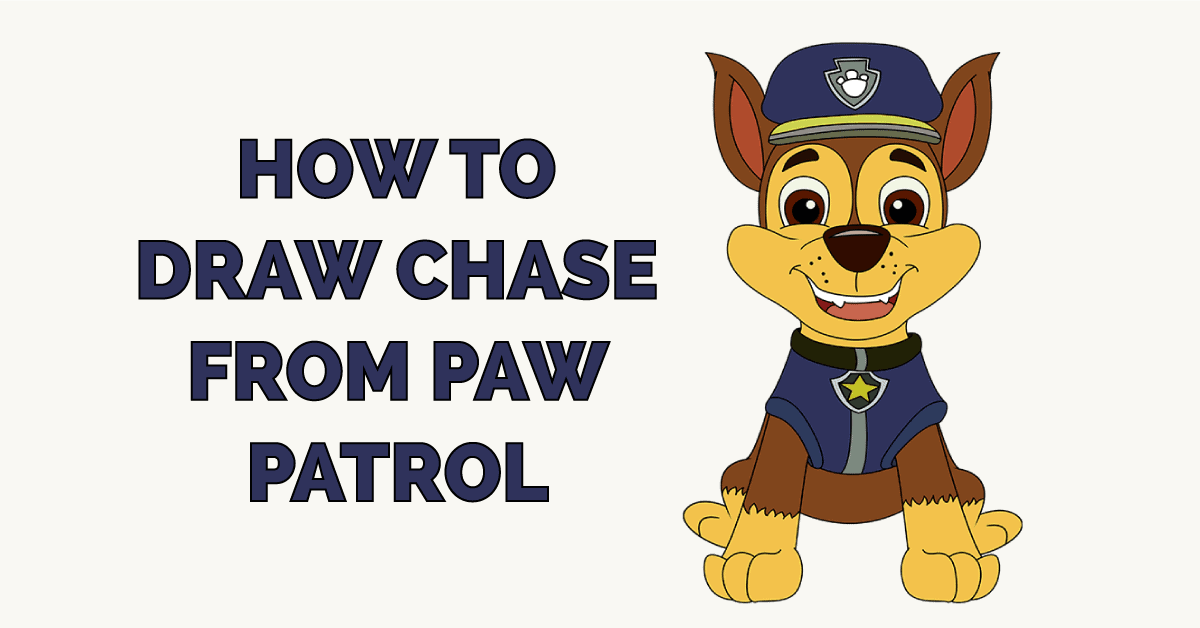 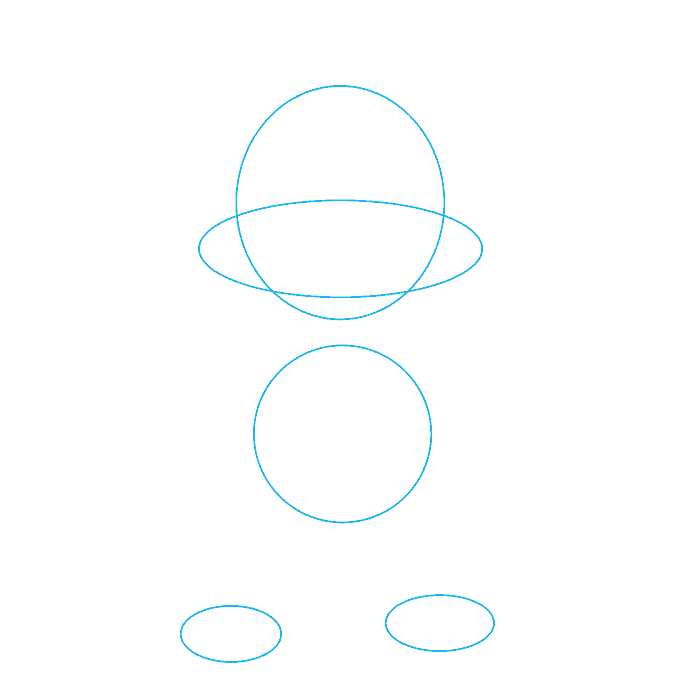 1. Begin by drawing the guide lines that will help you to draw Chase. First, draw two circles, which will form the head and the body. Draw a horizontal oval crossing the bottom of the upper circle; this will help you outline Chase's jaws. Then, draw two small ovals beneath the circles. These will become Chase's paws. 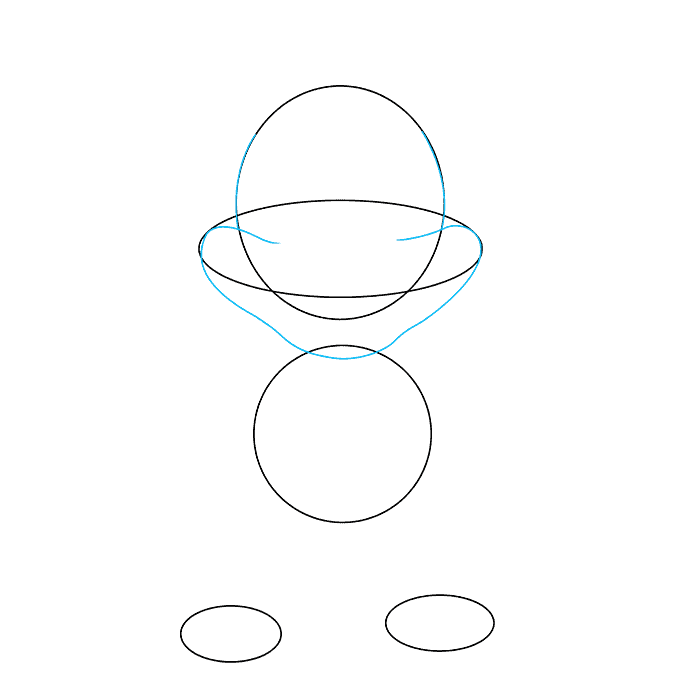 2. Inside the horizontal oval, draw a long, curved line. It should extend to the edge of the oval, dip down to cross the top of the lower circle, meet the oval on the opposite side, and enter it. This outlines Chase's jaws. 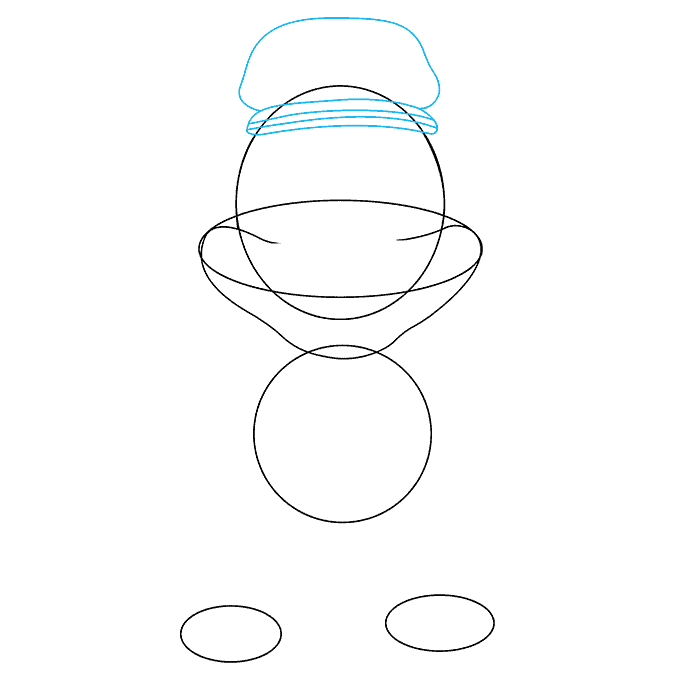 3. Draw Chase's police pup hat. Use a long, curved line to enclose an irregular shape on top of the upper circle. Enclose another irregular shape beneath it. Band this shape with several horizontal curved lines, creating the bill of the hat. 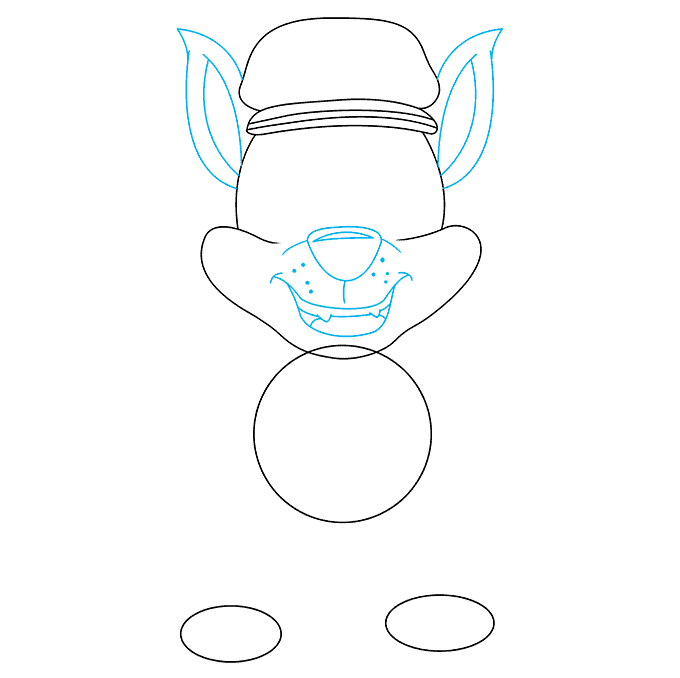 4. Erase extra lines from the face, leaving a clean outline. Then, draw the ears. For each, extend a pair of curved lines from the side of the head and allow them to meet at a point. Then, extend two more lines within the ear, creating a pointed shape parallel to the first. Next, draw the nose and mouth.

Draw an upside-down triangle with rounded corners to form the nose. Draw a pointed, curved shape across the top of it to indicate a shine. Draw curved lines extending from the sides and bottom of the nose, and shade dots between them. Use curved lines to sketch the mouth, teeth, and tongue. 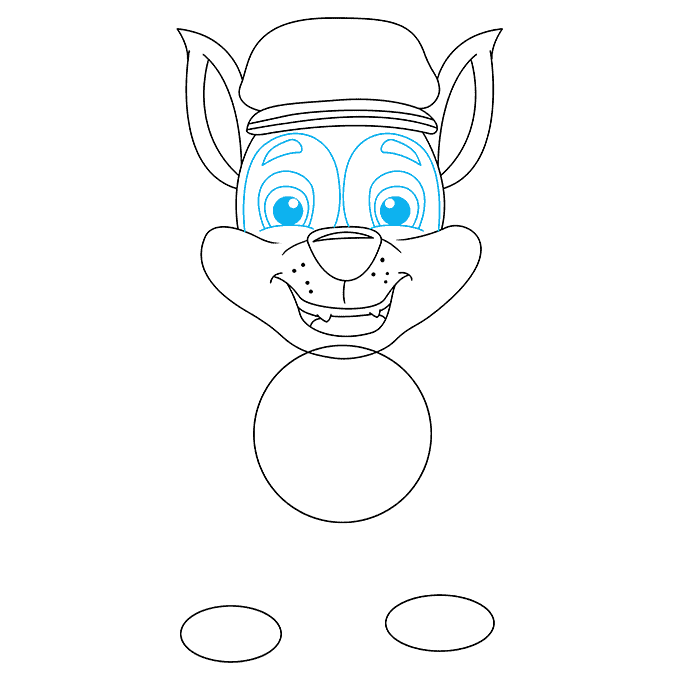 5. Draw the eyes. Draw curved lines above the cheeks, then enclose two partial ovals on each side. Inside the ovals, draw two successively smaller circles, and shade between them. Draw the curved, pointed eyebrows between the two ovals. 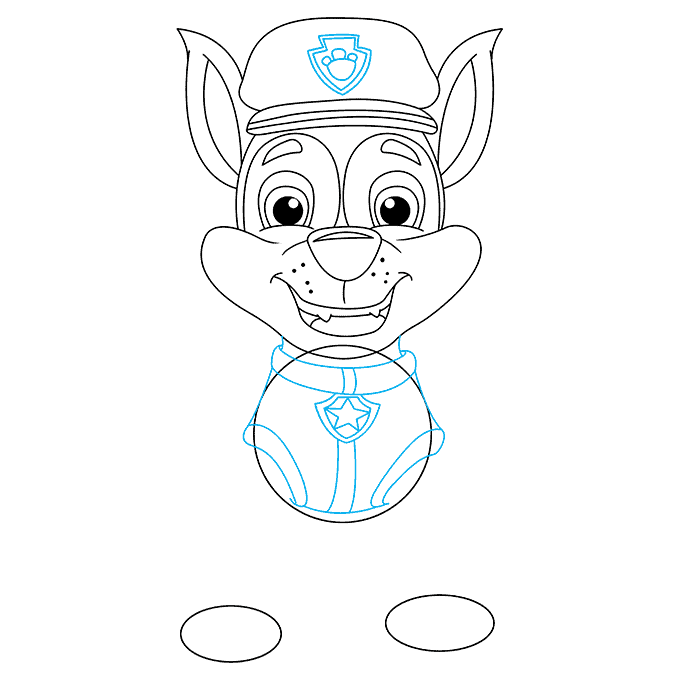 6. Use curved lines to sketch Chase's police pup uniform and collar. Then, draw arrowhead shapes to form his pup tag and the logo on his hat. Draw a paw print within the hat logo to form the Paw Patrol emblem, and draw a star within his pup tag. 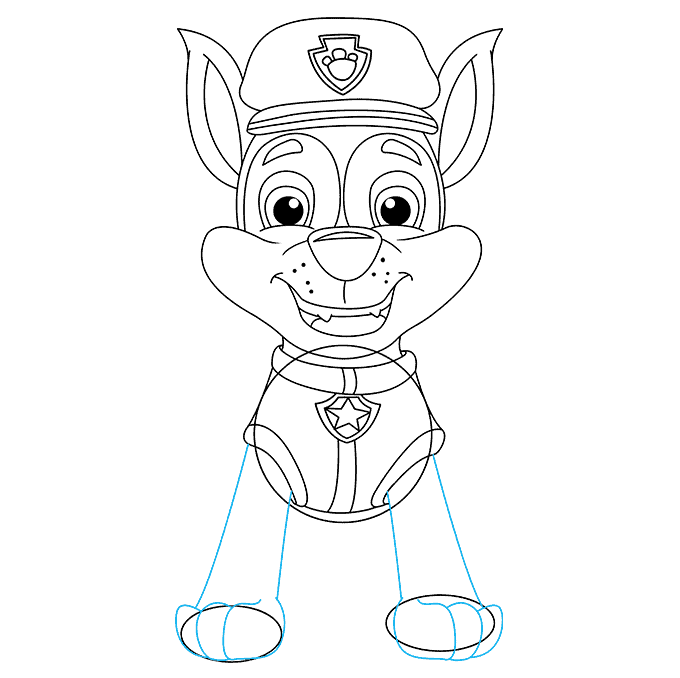 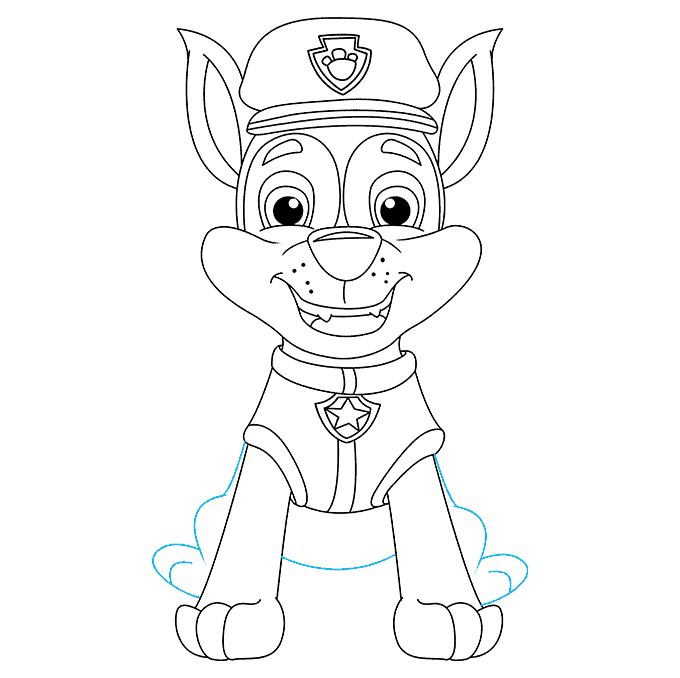 8. Draw his belly using a curved line between the forelegs. Draw the rear legs and paws using curved lines. 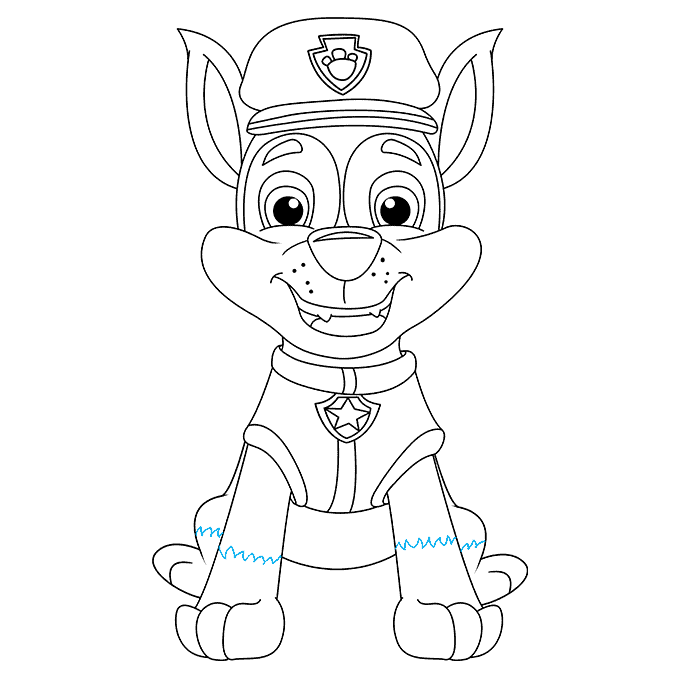 9. Draw a zig-zag line above each paw.

Color your cartoon of Chase.

Who let the dogs out? We did! Discover more canine drawing guides. 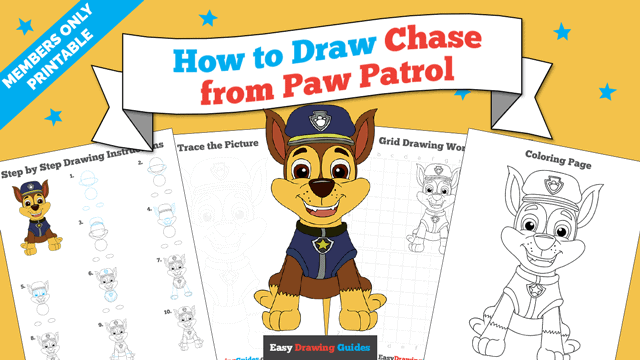