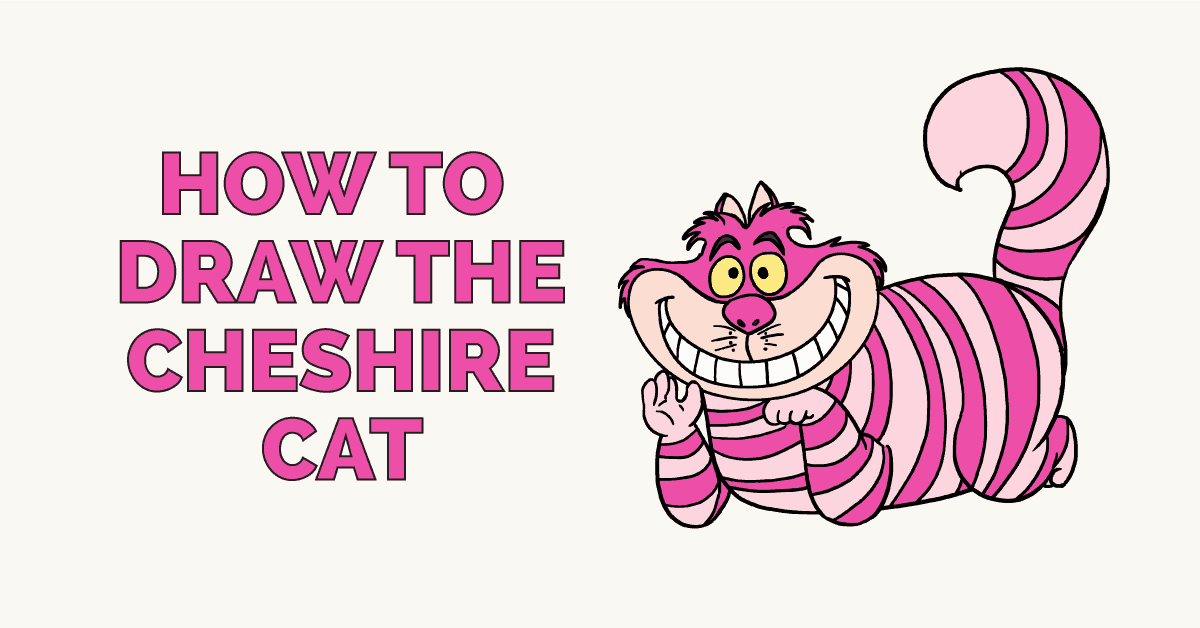 "Most everyone's mad here...you may have noticed that I'm not all there myself."
- The Cheshire Cat, Alice in Wonderland by Lewis Carroll (1865)

The character we know today as the Cheshire Cat first appeared in 1865, in the children's novel Alice in Wonderland. In 1951, Disney released an animated film of the same name, and it is this image of the Cheshire Cat that is most known today. The story was remade as a live action film in 2010.

The Cheshire Cat predates Lewis' novel, however. The term appeared in a dictionary and poem in the 1700s. The origin of the phrase is uncertain, but one theory is that the county of Cheshire in England is rich in dairy farms - therefore, cats grin because there is an abundance of milk and cream to drink.

Other theories involve Cheshire cheese molded into the shape of a cat, or cheese that sported a cat on its packaging. There are also signs and architecture in the area that feature cats.

Would you like to draw a grinning Cheshire Cat? This easy, step-by-step drawing guide is here to help you do just that. All you will need is a sheet of paper, a pencil, an eraser, and optionally, something with which to color your finished drawing.

​Step by Step Instructions for Drawing​​​ ​​the ​Cheshire Cat

1. ​Begin by drawing a circle. This will help you to craft the cat's face.

2. ​Beneath the circle, use a long, curved line to enclose a banana like shape. This sets the stage for the cat's iconic smile.

3. ​​​Using a long, curved line, enclose an irregular rounded shape beneath and to one side of the previous figure. This outlines the cat's body.

6.​ ​​​Beginning at the top of the circle, begin to draw jagged fur using short, curved lines connected in sharp points. Extend this fur to the end of the banana shape, the cat's cheek. Repeat on the opposite side. Then, enclose two rounded triangles on top of the circle, forming ears. Use a third curved line to add depth to the ears.

7. ​​​​Extend two long, curved lines upwards from the body, allowing them to meet in a sharp point. This forms the cat's tail. Then, sketch the back leg using "U" shaped lines and curved lines.

8.​​​ ​​​Erase guide lines wherever shapes have crossed, as well as the original circle and the top of the banana shape. 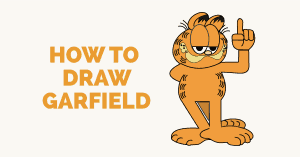 9.​​ ​​Add the finishing touches to your Cheshire Cat. Stripe his arms, legs, body, and tail using roughly parallel curved lines. Within the banana shape, draw a set of long, "U" shaped lines, connected on the ends by short, curved lines. This forms the cat's smile. Indicate teeth using short, vertical lines. Draw a rounded nose, reconnecting the erased portion of the banana shape. Connect this to the mouth using a curved line. Draw dots for whiskers and nostrils, and draw short lines to indicate the whiskers. Above the nose, draw two large circles for eyes, each with a small, shaded pupil. Draw a curved shape, pointed on each end, above the eyes to indicate eyebrows.

10. ​​​​Color your Cheshire Cat. Traditionally, he is striped in shades of pink or purple.

​Use our drawing guides to learn how to draw even more fanciful creatures.

The Complete Cheshire Cat Drawing Tutorial in One Image

How to draw: Cheshire Cat - all drawing steps