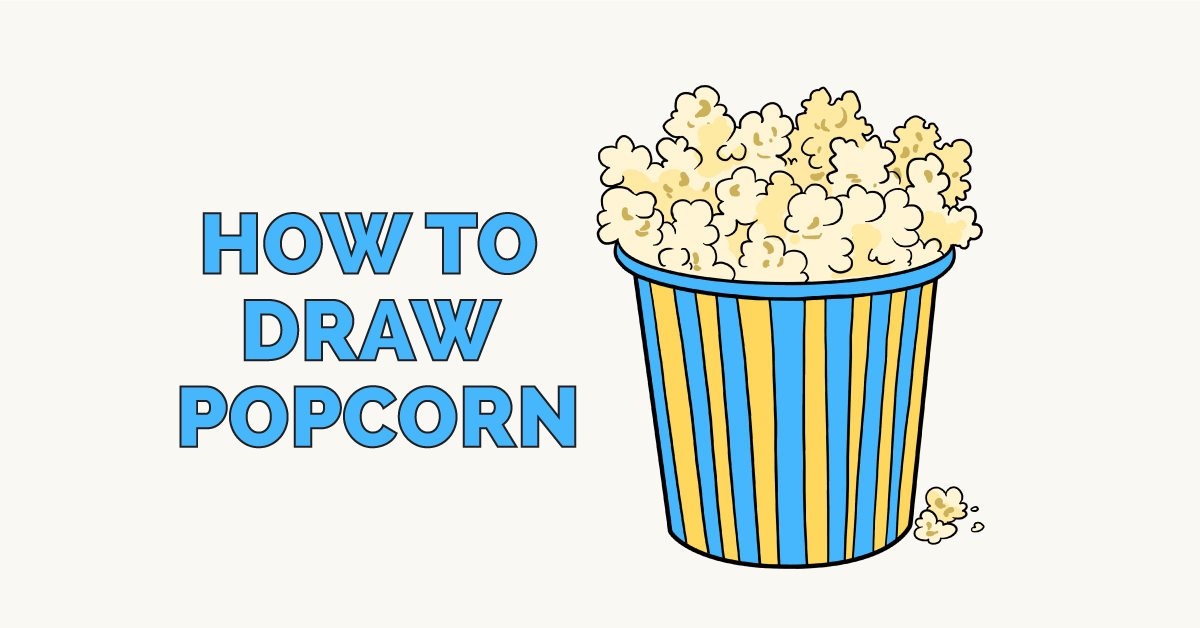 Popcorn is a familiar food, especially at movie theater concession stands. How did it become such? People have grown and eaten corn for thousands of years - including popcorn. Researchers in Mexico determined popcorn remnants they believe to be from 3600 BCE.

Today, it is popular all over the world, especially in North America, South America, and Africa.

During the 1800s, food vendors in America discovered how to pop corn on a stovetop. In American homes, it was consumed as a breakfast cereal, with milk and sugar. It was also threaded onto a string and used as a Christmas decoration. By the 1890s, a steam-powered popcorn maker had been invented, and the snack was sold from wheeled street carts. Because it was inexpensive, popcorn rose in popularity during the Great Depression.

The first popcorn machine was installed in a movie theater in 1938, and the trend quickly spread. In 1981, popcorn became more popular than ever when the first microwave popcorn bag was invented.

Have you ever wondered how popcorn pops? Certain varieties of corn have very hard shells or husks. When heated, water in the inner endosperm turns to steam. The steam produces enough pressure to rupture the hull, allowing the starchy endosperm to expand. The result is the light, fluffy popcorn we know and love.

Would you like to draw a bucket of buttery movie theater popcorn? This easy, step-by-step drawing tutorial is here to help. You will need only a pencil, an eraser, and a sheet of paper. You may also wish to color your finished drawing using crayons, markers, or colored pencils.

1. Begin by drawing a narrow, flattened oval. This will form the open top of the popcorn bucket.

2. Draw a curved line beneath the oval, following its shape. Connect the line to the oval on both ends. This forms the lip of the popcorn bucket.

3. Extend two straight lines downward from the lip of the bucket. Connect them at the bottom using a short line, forming the bucket itself.

4. Draw many straight, vertical lines between the rim and the bottom of the bucket. This gives the bucket a classic striped pattern.

5. Enclose a cloudlike, irregular shape emerging from the bucket. Use small, connected "U" shaped lines. This indicates the first of the popcorn within the bucket.

6. Draw more popcorn, overlapping the rim of the bucket. Again, use short, connected, "U" shaped lines. Overlap them, and add additional texture to the figure by sketching shorter chains of "U" shaped lines.

7. Add more popcorn to the bucket until it looks like it will spill out. Again, use chains of "U" shaped lines to enclose the shape of the popcorn.

8. Erase the guide lines left by the original oval.

10. Color your popcorn. Traditionally, movie theater popcorn buckets were striped in red and white. The popcorn itself is typically either white or yellow with butter. You can use our eyes drawing tutorial to turn your popcorn into a Shopkins like Poppy Corn.

All this popcorn means it's time for a movie. Draw your own fairytale adventure using our castle, princess, knight, and dragon drawing tutorials.

The Complete Popcorn Drawing Tutorial in One Image

How to draw: Popcorn - all drawing steps