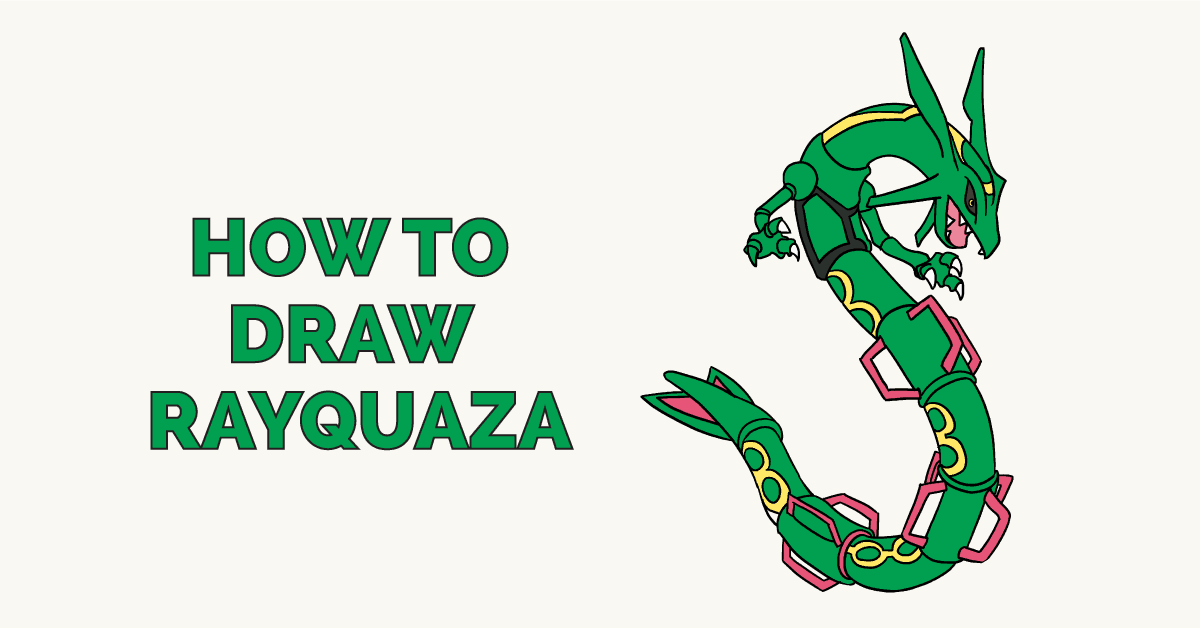 Rayquaza is a Legendary dual-type flying dragon Pokémon of Generation III. Rayquaza has not been observed to evolve into or from any other Pokémon, but it can mega evolve.

Along with Kyogre and Groudon, Rayquaza leads the weather trio or elemental trio, a protective group of super-ancient Pokémon.

Rayquaza is said to be hundreds of millions of years old. It lives in the upper atmosphere, and is rarely seen by people because it resembles a falling meteor while in flight. It also consumes meteors in order to use their power.

Would you like to draw a rambunctious Rayquaza? This easy, step-by-step Pokémon drawing tutorial is here to help. All you will need is a pencil, a sheet of paper, and an eraser. You may also wish to color your finished drawing.

Rayquaza, I choose you!

If you liked this tutorial, see also the following drawing guides: Gengar, Umbreon, and Mewtwo.

​Step by Step Instructions for Drawing​ Rayquaza from Pokémon

1. Begin by drawing a small circle. This will form Rayquaza’s head. Then, extend a pair of long, curved lines from the head, forming the neck.

2. Beneath the neck, enclose a series of irregular shapes. Each shape can be drawn using curved lines, and should be roughly the same diameter as the neck.

3. Detail the lower neck segment with irregular polygons, giving it an armored appearance. Then, draw another section. Extend two curved lines from the bottom of the shape, and connect them using a third curved line. Along one side, detail the shape with a double layer of “U” shaped lines.

4. Extend another set of curved lines from the bottom of the shape. Segment the shape with narrow bands of curved lines. Draw three sets of lines along the upper segment, like the top of a trapezoid. Draw a smaller incomplete trapezoid within each, and connect the lines using short, straight lines. Erase guide lines as necessary. Decorate the lower segment with a double layer of “U” shaped lines. 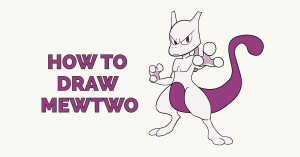 5. Extend another set of curved lines from the figure, and enclose the end. The drawing should now be roughly “S” shaped. Separate the segments using a curved line. Draw several trapezoid shapes emanating from the upper segment, and place a smaller trapezoid within each. Embellish the lower segment with two ovals encased by two wavy, curved lines.

6. Extend a pair of curved lines to form another segment. Ring the top of the segment with a curved lines, and draw several trapezoids emanating from it. Place a smaller trapezoid within each.

7. Draw Rayquaza’s tail. Extend another set of curved lines, this time allowing them to taper and meet in a rounded point. Draw a pair of parallel lines around the tail to separate the segments. Draw two ovals within the upper segment, skirted by wavy lines. Then, draw a triangle extending from each side of the tail tip. Draw a smaller triangle within each triangle.

8. Detail Rayquaza’s head. Use straight and curved lines to form his beard, the shape of his mouth, his pointed eyebrow ridge, and his long ears. Erase guide lines as necessary. Don’t forget the small, triangular teeth within the mouth. Use two curved lines to form the eye, with a small circle for the pupil. Detail the back of the neck using parallel lines.

9. Draw the arms and sharp claws.

10. Color your Rayquaza. Rayquaza is typically green in color with yellow, black, and pink accents.

The Complete Rayquaza Drawing Tutorial in One Image

How to draw: Rayquaza - all drawing steps 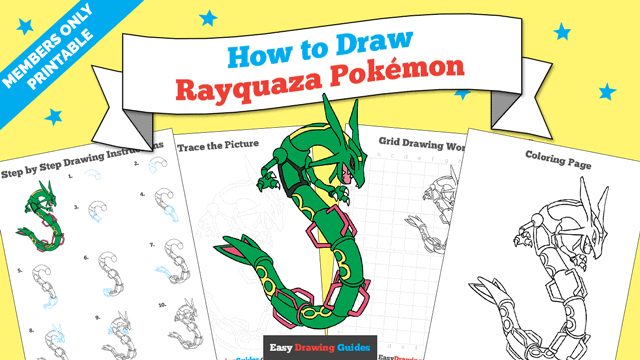