Learn how to draw a great looking Worm with easy, step-by-step drawing instructions, and video tutorial.

By following the simple steps, you too can easily draw a beautiful Worm. 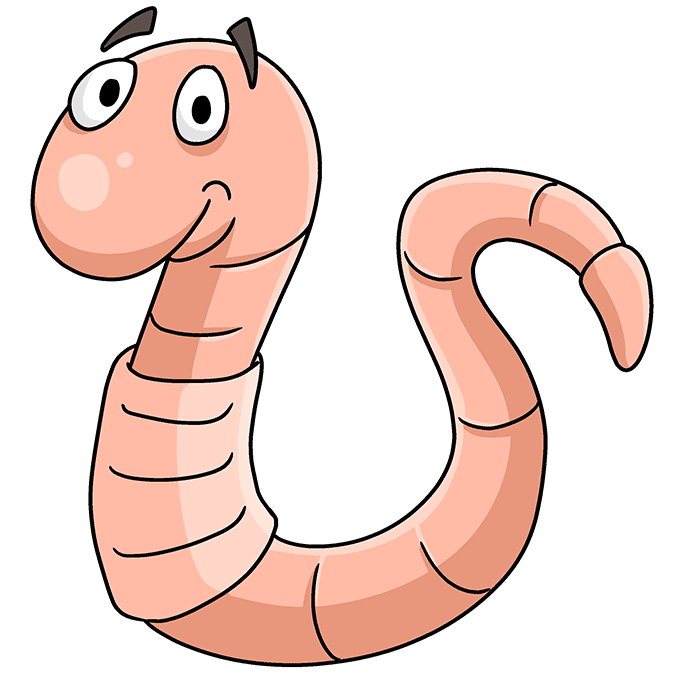 Earthworms are invertebrates that live in the soil around the world. There are over 1,800 distinct species. Most are only a few inches in length, but one Australian species can reach a length of 3.3 meters, or about 11 feet!

Worms often feature in popular culture. How to Eat Fried Worms was a piece of juvenile literature made into a movie. A giant worm called an Alaskan bull worm made an appearance in the animated series Spongebob Squarepants. Movies such as Star Wars, Dune, and Tremors pit their characters against or alongside giant worms.

Images of earthworms are often paired with apples or with birds, illustrating the maxim, "the early bird gets the worm." They may also be depicted as farmers because of the work they do in enriching the soil, or alongside fish and fishing rods since they are used as bait. Sometimes they are pictured with a book to illustrate the studious "bookworm," meaning an avid reader.

Would you like to draw a cute cartoon earthworm? This easy, step-by-step cartoon animal drawing tutorial is here to show you how. All you will need is a pencil, an eraser, and a sheet of paper. You may also wish to color your finished drawing.

If you liked this tutorial, see also the following drawing guides: Ant, Ladybug, and Butterfly.

Step-by-Step Instructions for Drawing a Worm 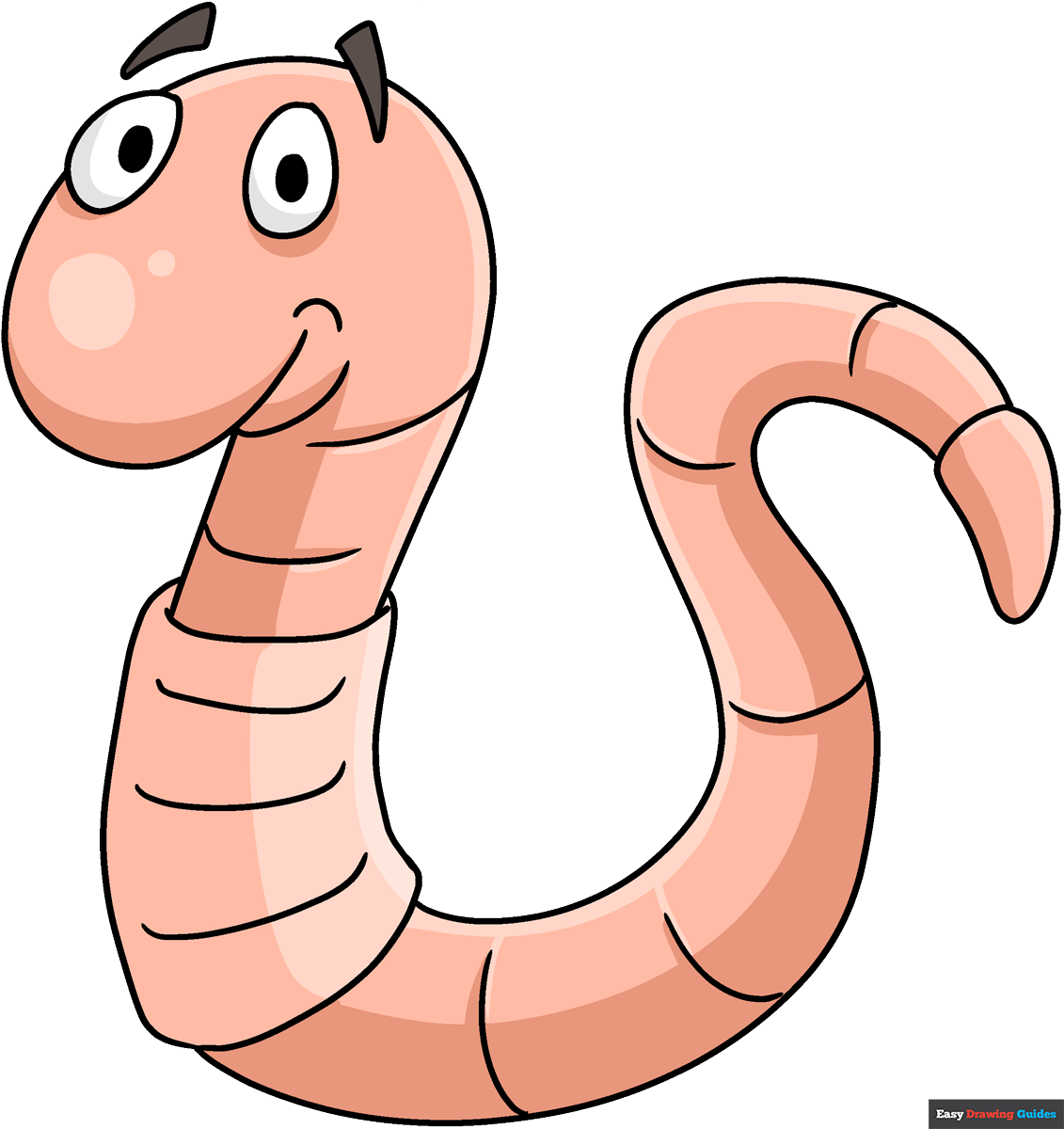 How to Draw a Great Looking Worm for Kids, Beginners, and Adults - Step 1 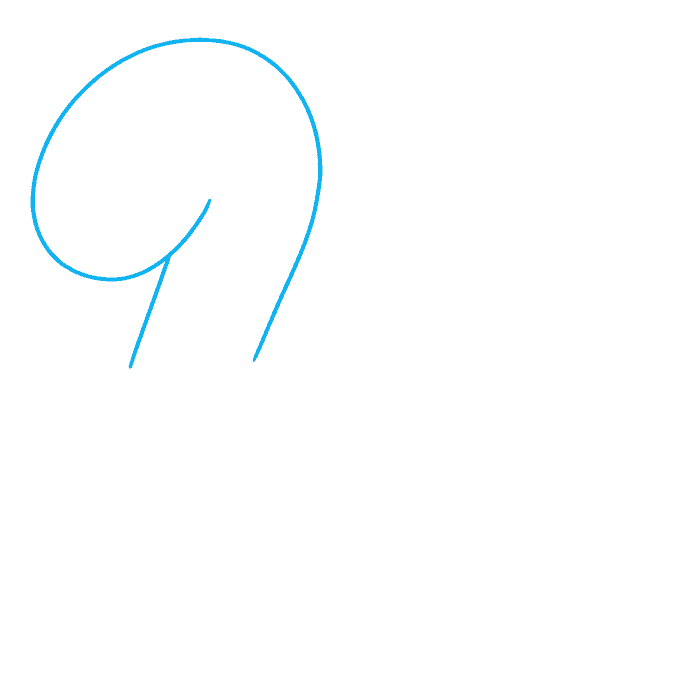 1. Begin by drawing the worm's head. Use a long, gently spiraled line. Then, draw a straight line to form the neck beneath the head. 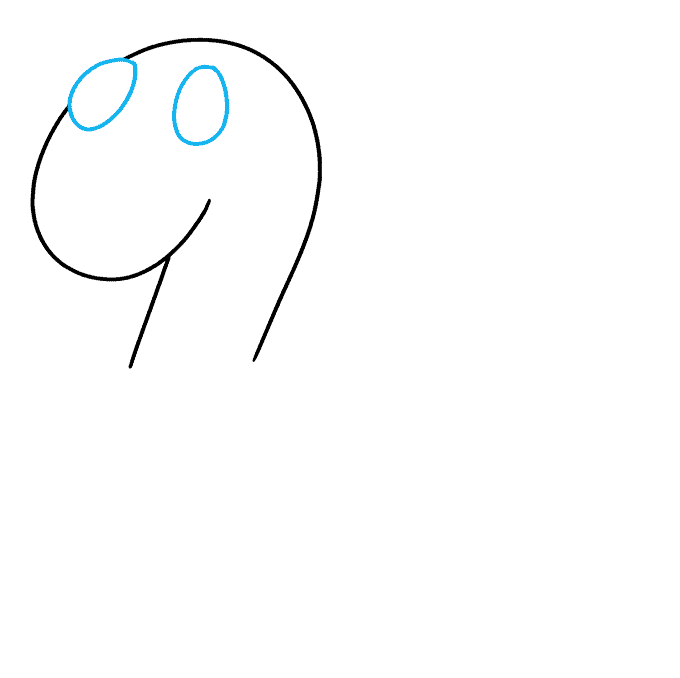 2. Enclose two round shapes on the worm's head, erasing as necessary. These are the worm's eyes. 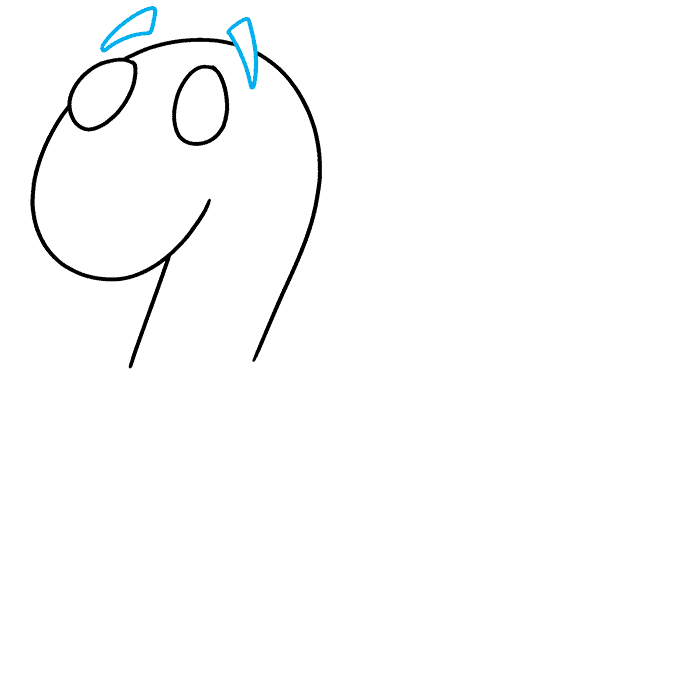 3. Draw the eyebrows, erasing as necessary. Enclose a narrow curved triangle above each eye. 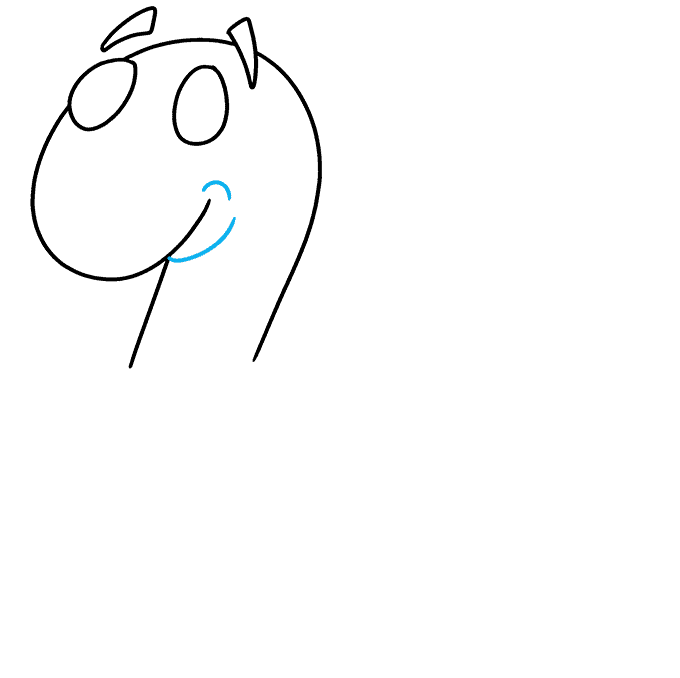 4. Draw curved lines where the neck meets the head, outlining the lower jaw and corner of the mouth.

How to Draw a Snail 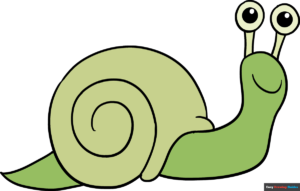 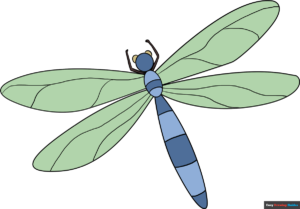 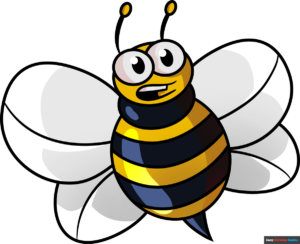 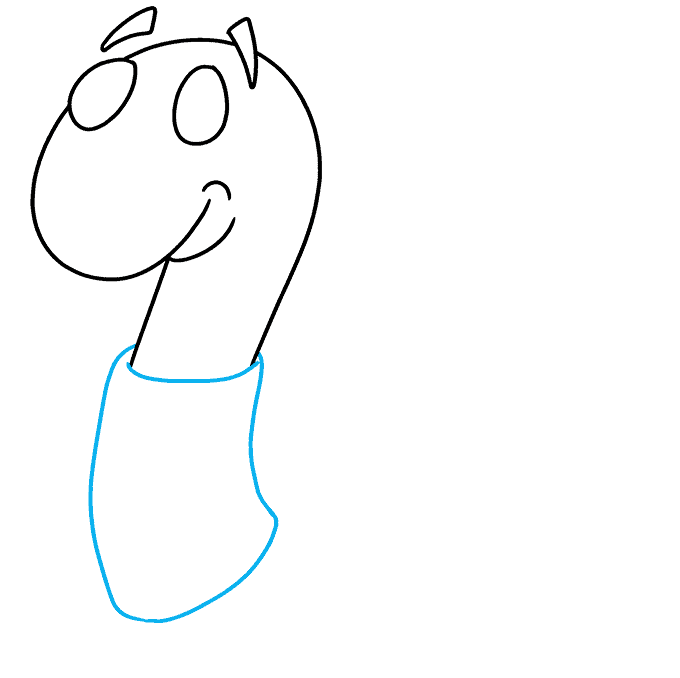 5. Next, draw the band around the earthworm's middle, which is called the clitellum. Draw a curved line at the base of the neck. Just above the bottom of the figure, extend a curved line from each side. Connect them at the bottom using a curved line. 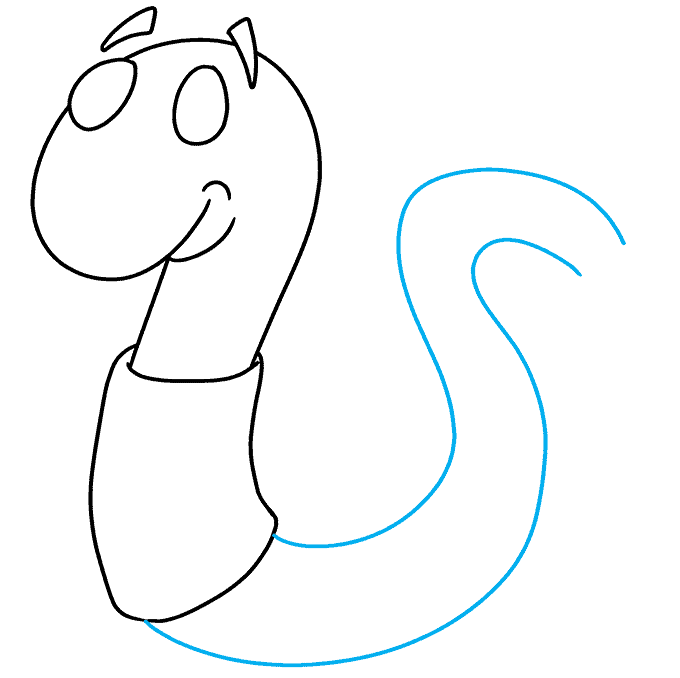 6. From the bottom of the clitellum, extend a pair of long "S" shaped lines, roughly parallel to one another. This outlines the body of the earthworm. 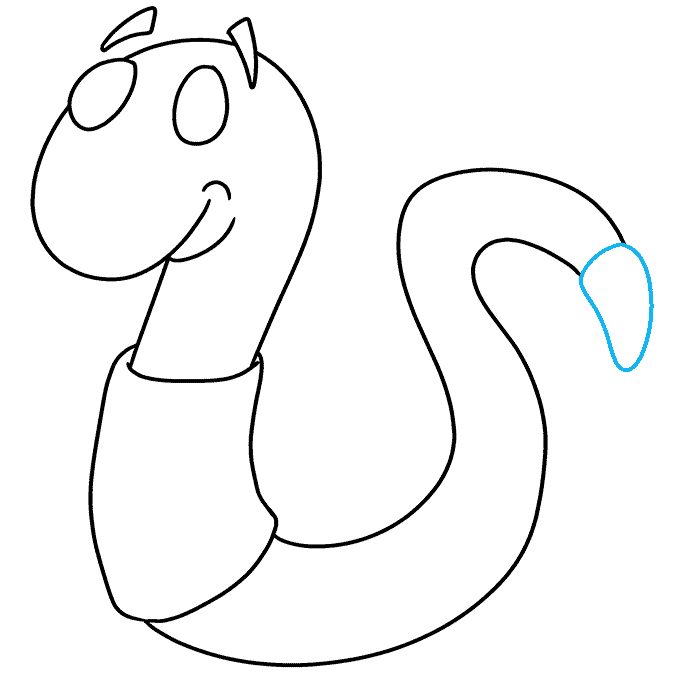 7. Enclose a curved, rounded triangle at the tip of the tail. 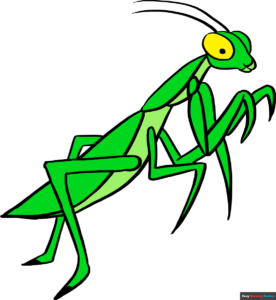 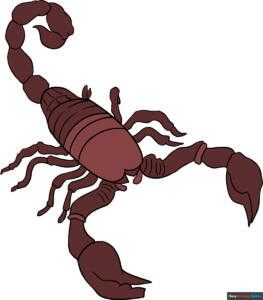 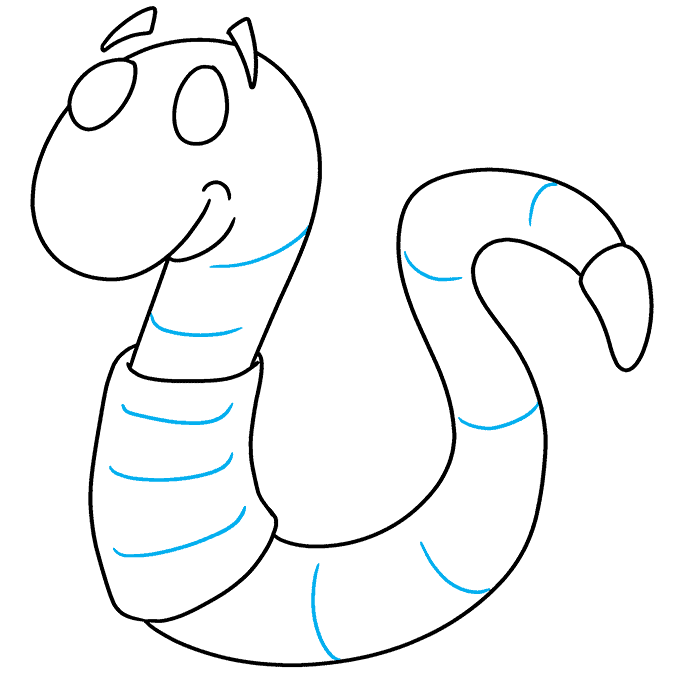 8. Band the earthworm with curved lines, indicating its segments.

Complete the Outline of Your Worm Drawing - Step 9 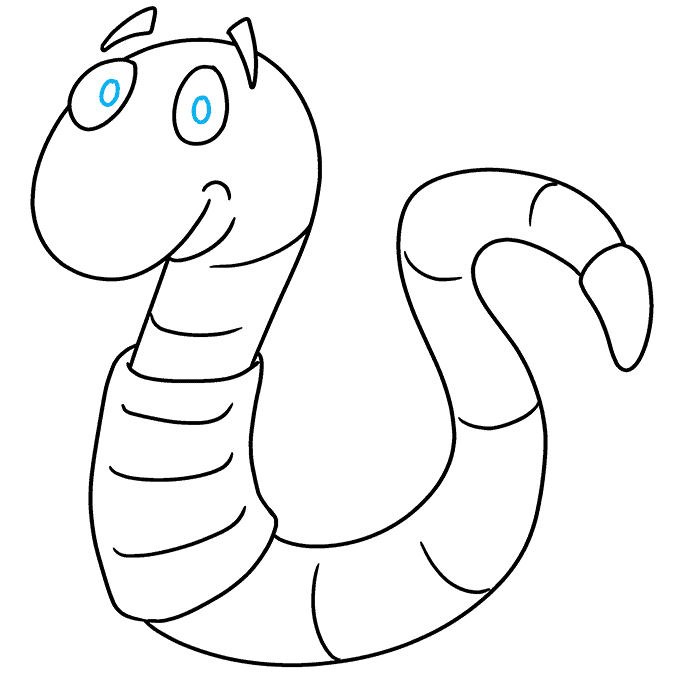 9. Draw a small oval within each eye to indicate the pupils.

Color your cartoon earthworm. Most are tan in color, but some are reddish-brown. 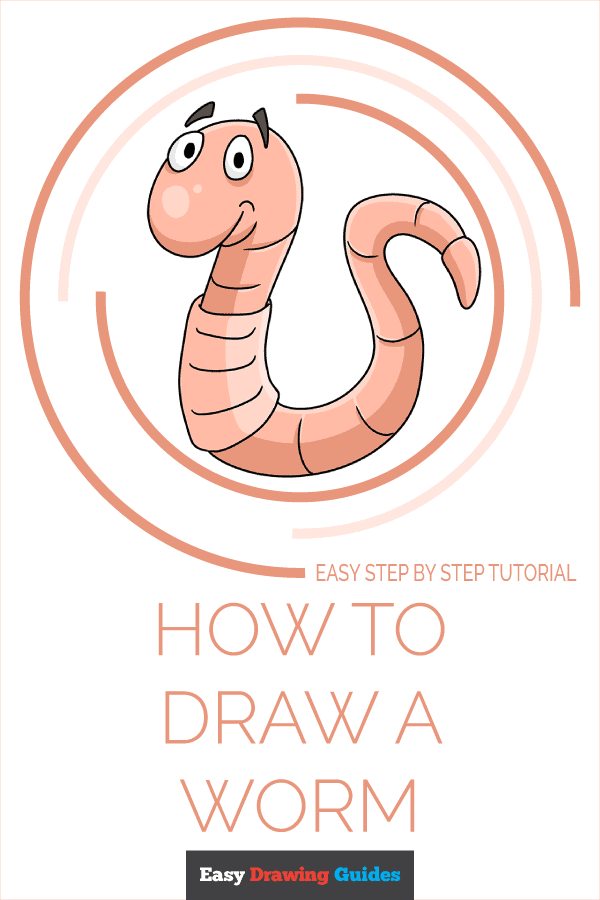 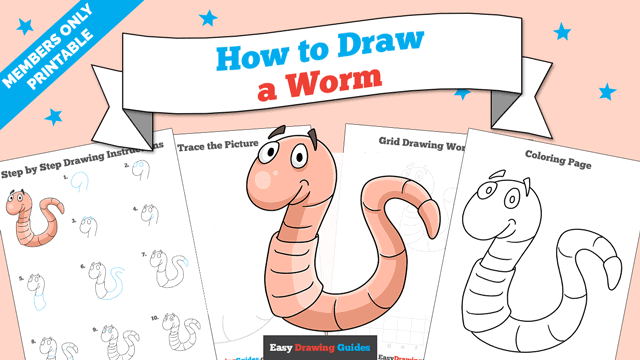