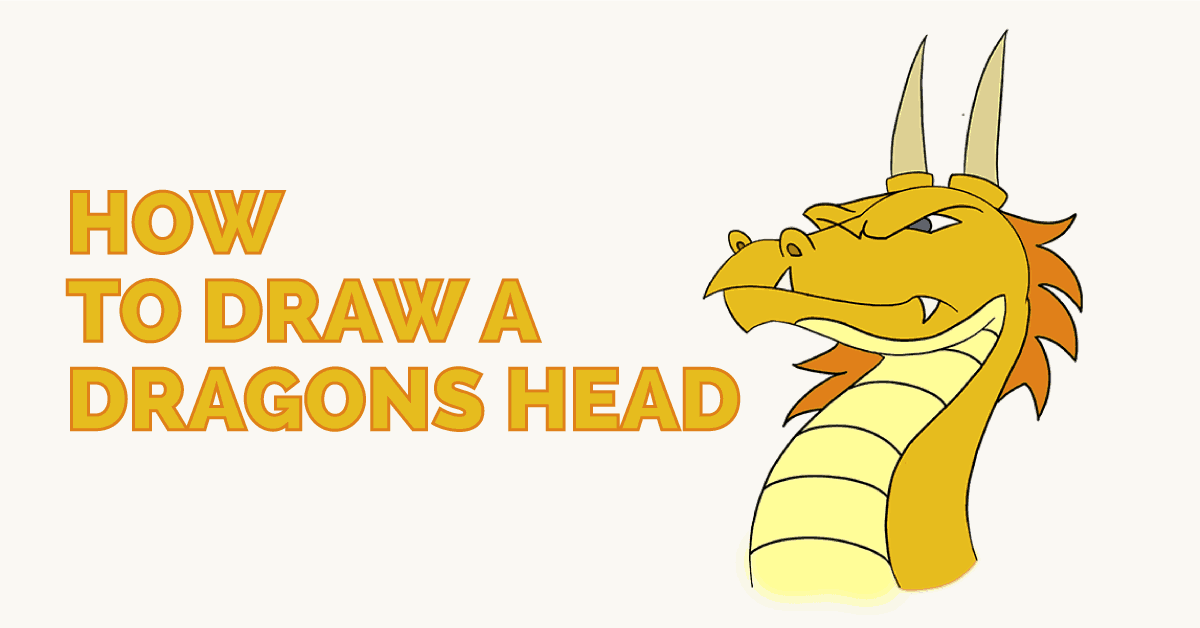 Myths of dragons are ancient and appear in cultures around the world. In Europe, the legends often told of a hero - a thunder-god in many versions - slaying the serpent-like beast. Zeus, Hercules, and Thor factor into such stories.

In Medieval Europe, tales of dragons often involved a knight in shining armor sallying forth to slay a dragon - often, for the purpose of rescuing or protecting a princess. Dragons are often associated with water, rivers, or caves. Variations of European dragons were called wyvern, cockatrice, and basilisk.

Depictions of dragons are common in all eras of European art. They appear on ancient pottery, on the bows of Viking ships, in illuminated manuscripts, and in heraldry. Today, they are still popular in art and fiction.

Would you like to draw a cartoon of a mighty dragon? This dragon cartoon drawing tutorial can show you how when you follow along, by step. Grab an eraser and sharpen your pencil - it is time for an adventure! 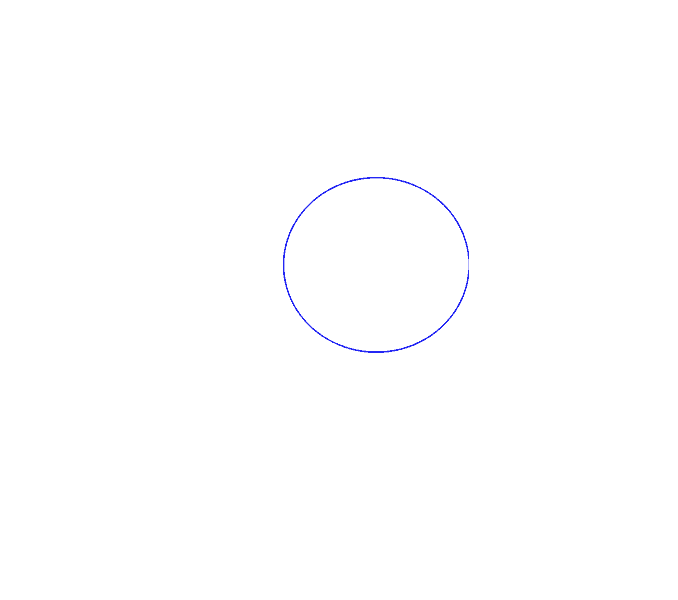 1. Draw a circle. This will guide you in sketching the dragon’s head. 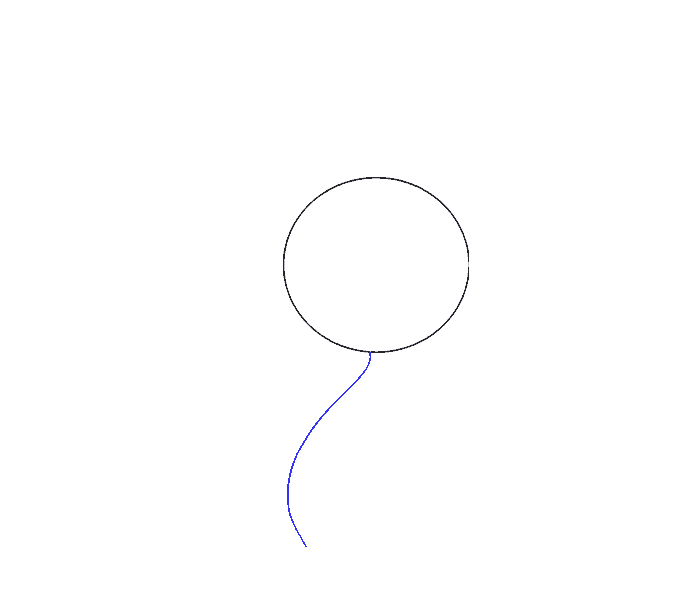 2. Draw a long, curved line descending from the circle, outlining the front of the dragon’s neck. 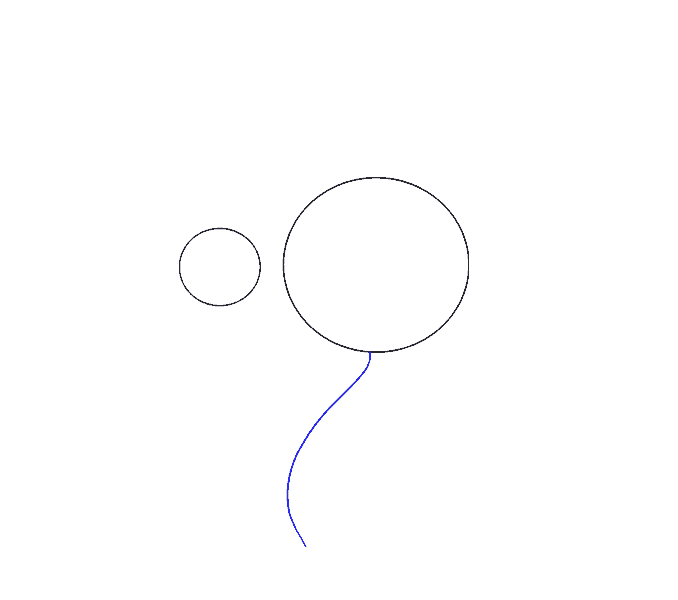 3. Draw another, smaller circle, beside but not touching the first. This will help you to sketch the dragon’s snout. 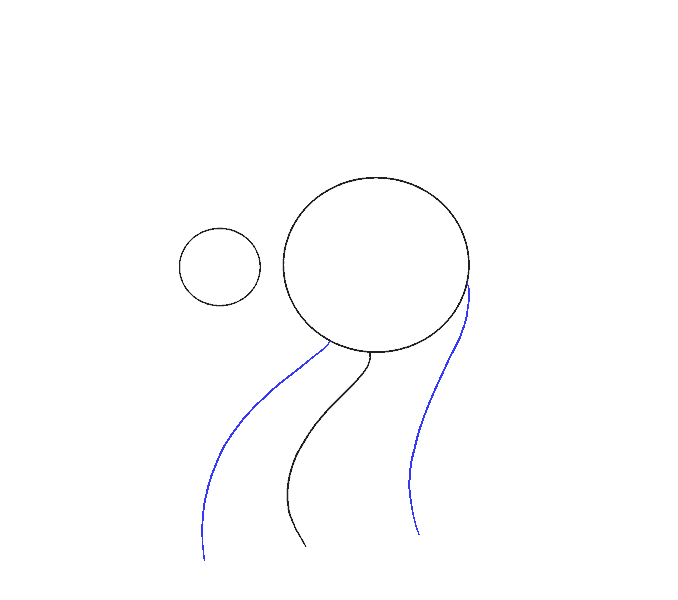 4. Draw curved lines descending from the original circle, completing the outline of the neck. 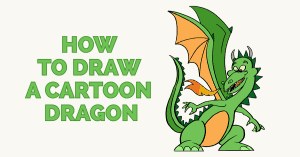 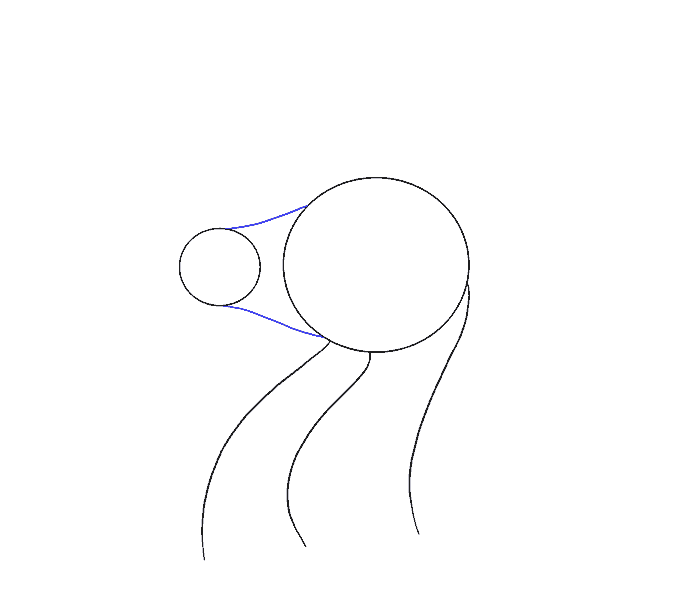 5. Connect the two circles using curved lines, outlining the shape of the face. 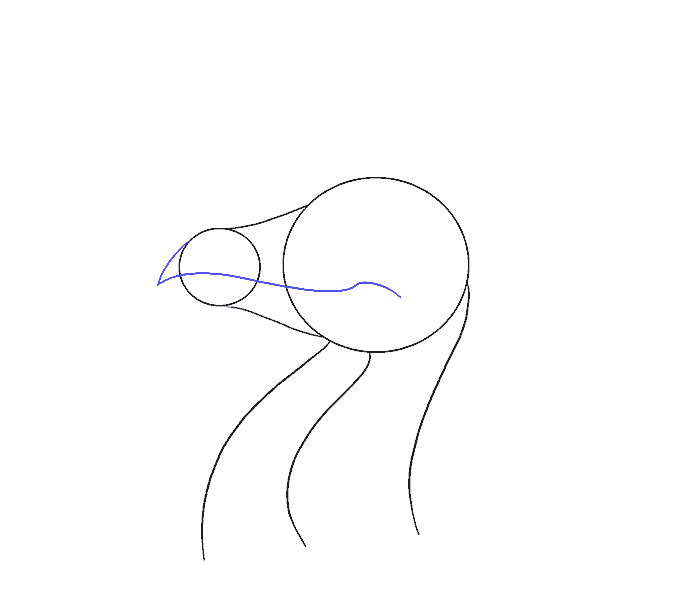 6. Draw a curved line from the middle of the original circle, passing through the second circle. Draw a short line from the small circle to the previous line, outlining the upper lip. 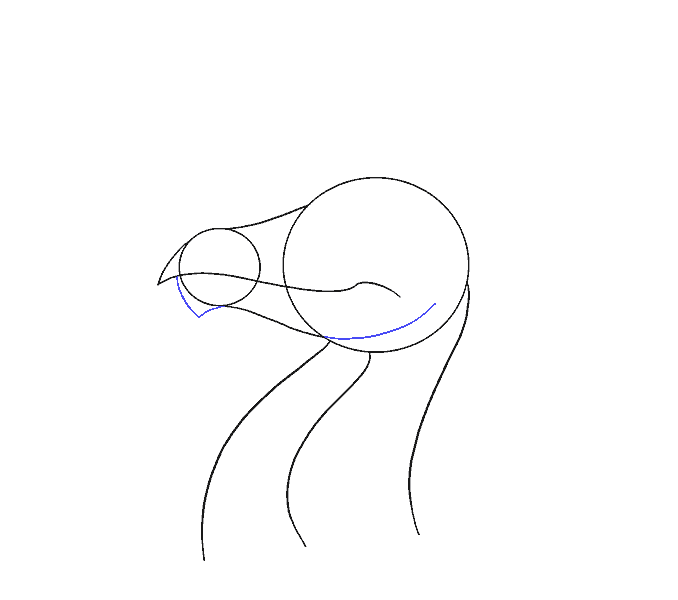 7. Enclose a triangular shape below the mouth, outlining the lower lip. Then, draw a curved line across the original circle, contouring the jaw. 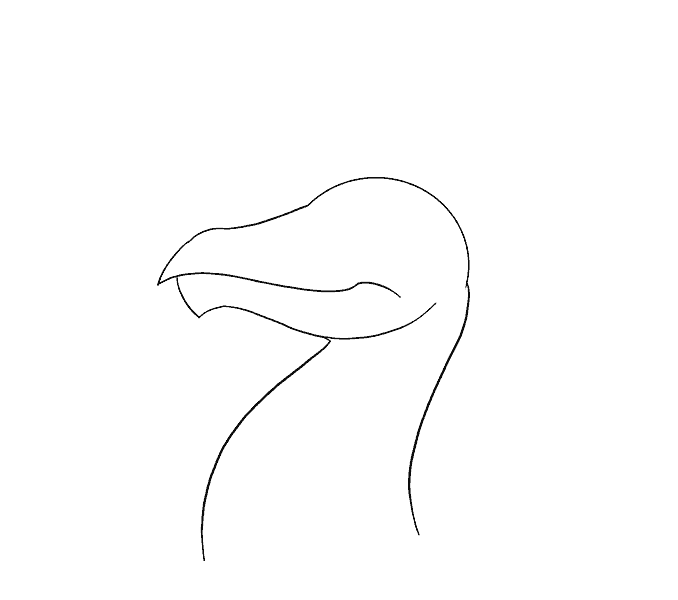 8. Erase the guide lines, leaving a clean outline of the head and neck. 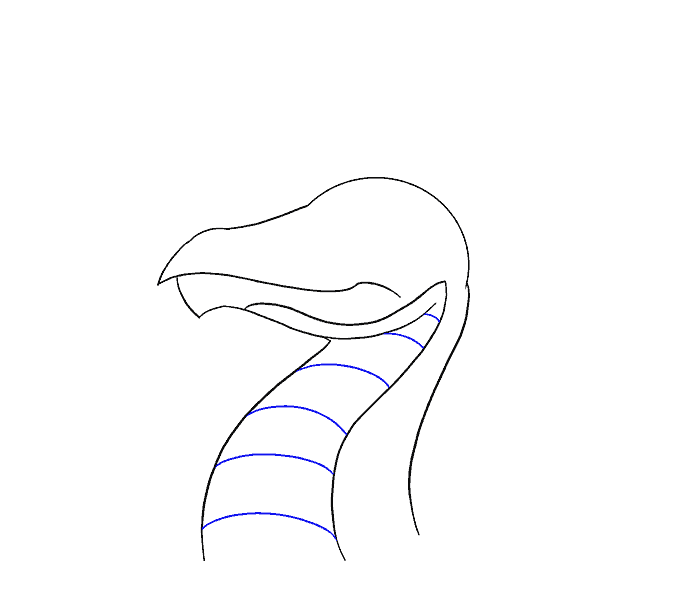 9. Draw curved lines across the front of the neck, lending the appearance of scales. 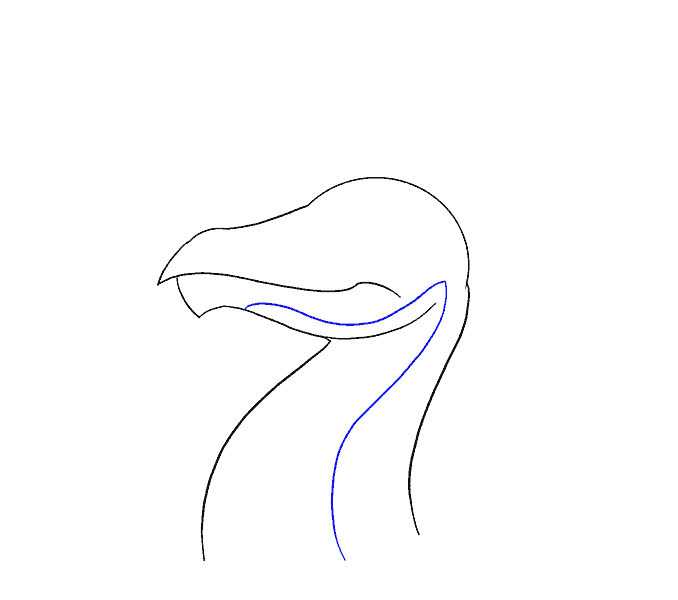 10. Draw hair or spikes on the back of the dragon’s head. Use pairs of curved lines that meet at points. 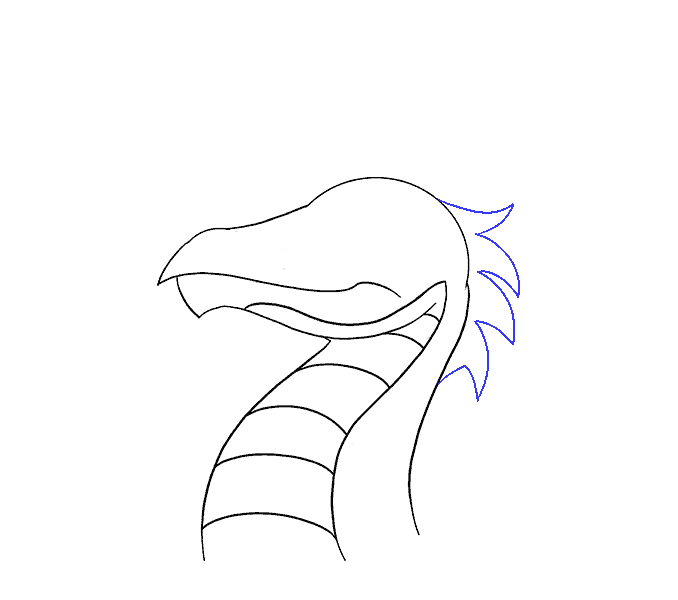 11. Draw more hair or spikes visible between the jaw and neck. Use pairs of curved lines that meet at jagged points. 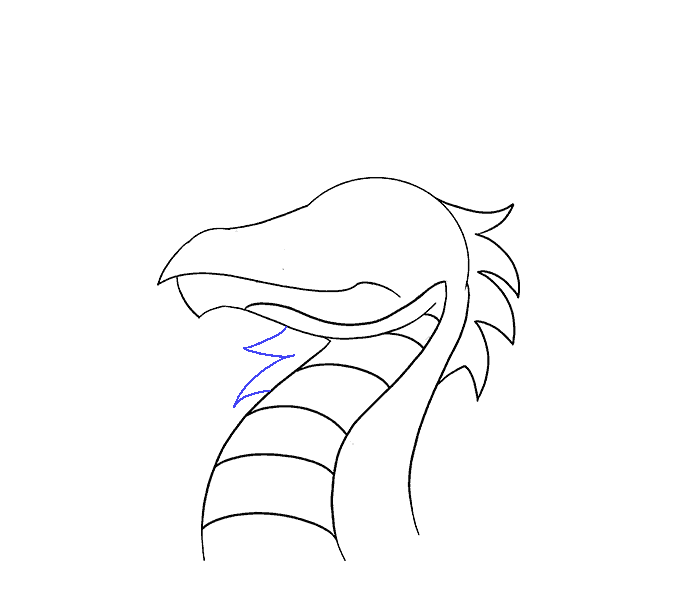 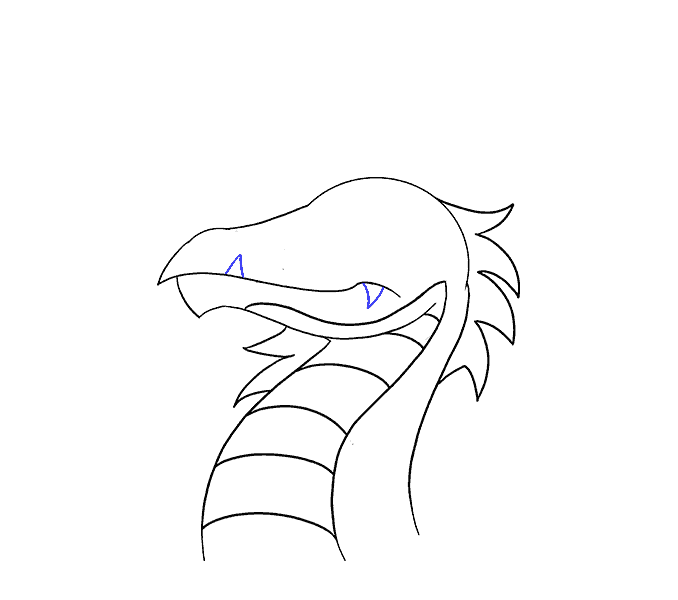 13. Draw a curved line across the face, outlining the creature’s brow ridge. 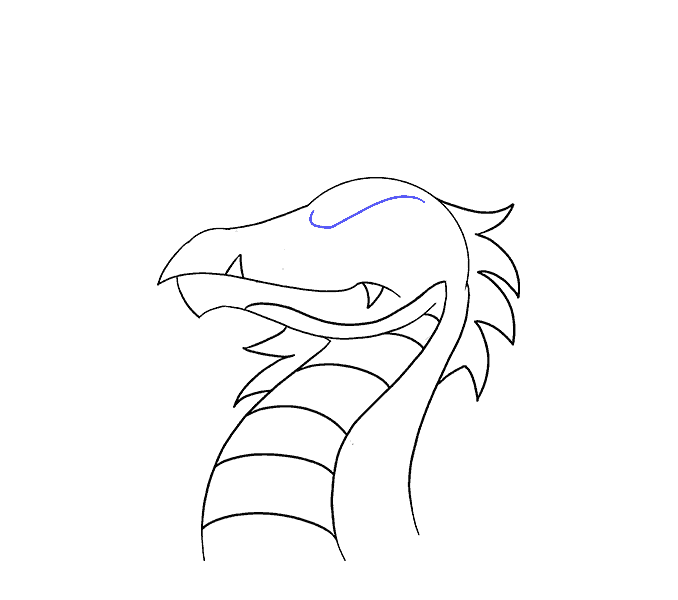 14. Use overlapping curved lines to continue sketching the brow ridge. 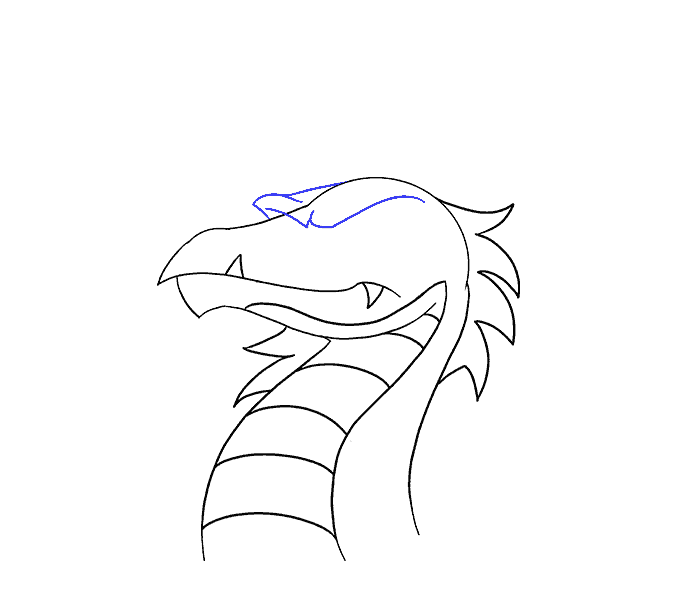 15. Use curved lines to outline the diamond-shaped eye. Draw a curved line across it to indicate the pupil. 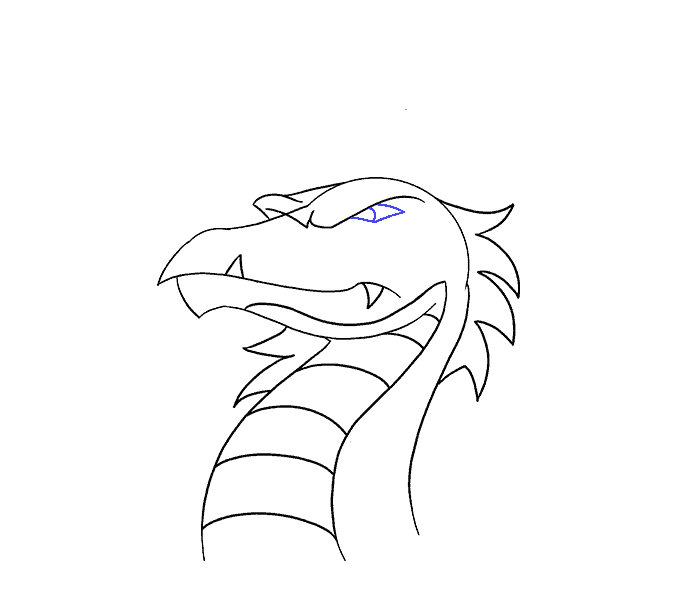 16. Draw the “U” shaped nostrils, erasing as necessary. Enclose a round shape within each nostril.

17. Draw two curved rectangles on top of the head. These form the bases of the dragon’s horns. 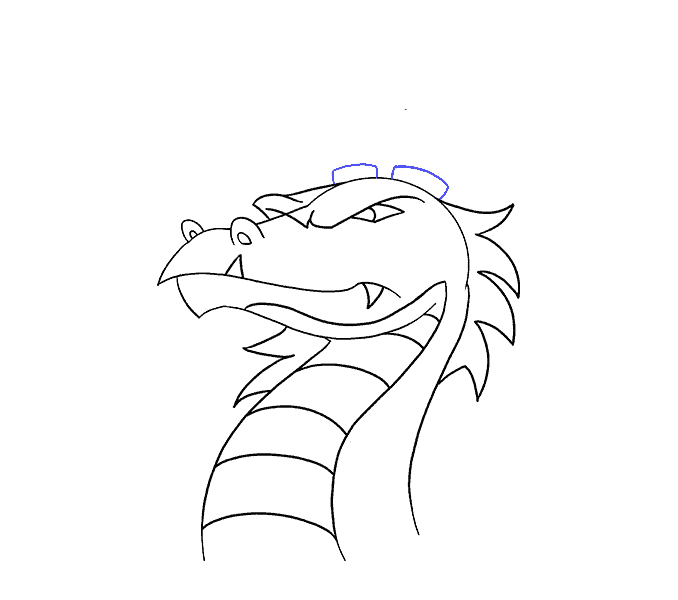 18. Extend a pair of curved lines from each horn base, allowing them to meet at sharp points to enclose the horns. We’ve shaded our dragon with hues of yellow and orange, like the golden queen dragons in Anne McCaffrey’s Dragonriders of Pern series. On the planet of Pern, dragons were also bronze, brown, blue, green, or white. 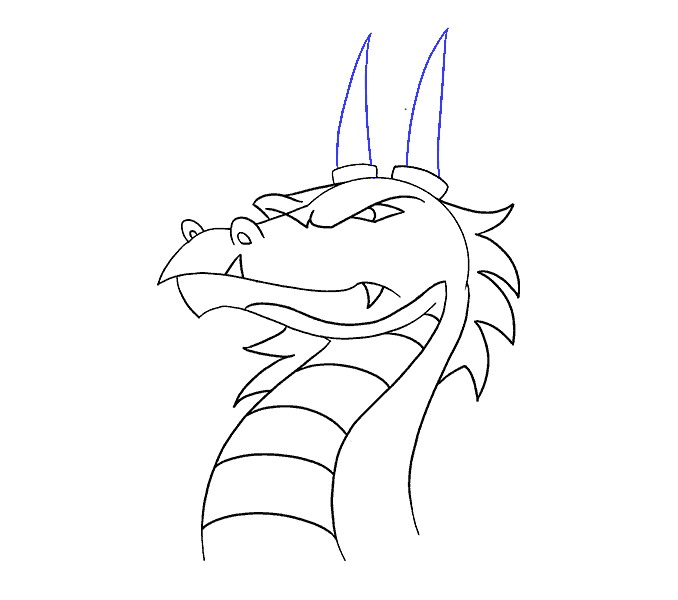 19. We’ve shaded our dragon with hues of yellow and orange, like the golden queen dragons in Anne McCaffrey’s Dragonriders of Pern series. On the planet of Pern, dragons were also bronze, brown, blue, green, or white. 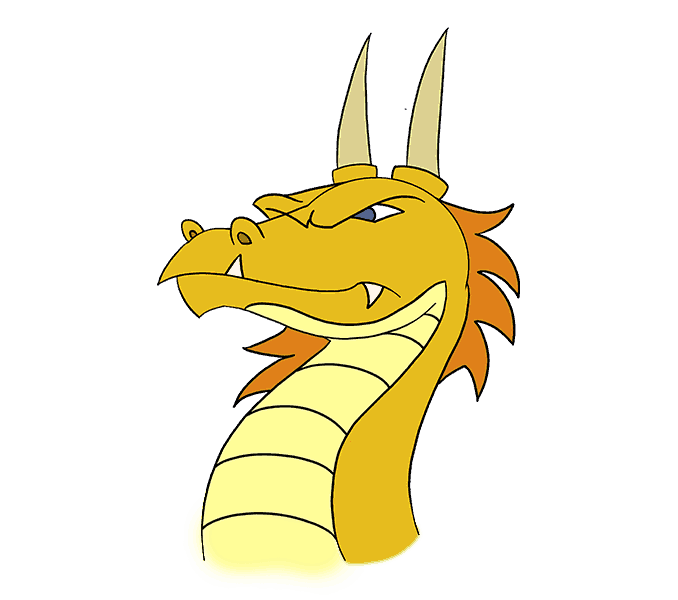 What color will your cartoon dragon be? Use your imagination as you color this mythical creature.