Learn how to draw a great looking Cat from Coraline with easy, step-by-step drawing instructions, and video tutorial.

By following the simple steps, you too can easily draw a beautiful Cat from Coraline. 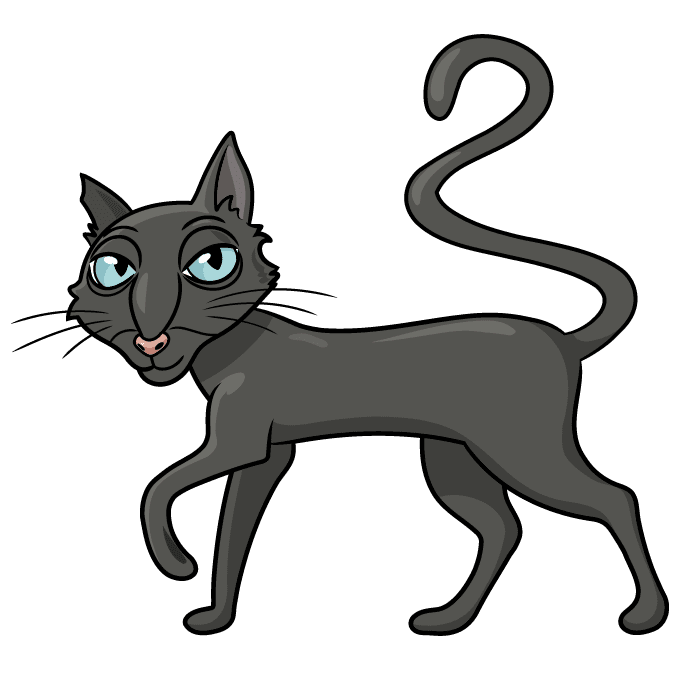 Coraline is a movie based on a book by Neil Gaiman. Learn how to draw the cat from Coraline to go on your own adventures together.

The cat is Coraline's companion in the book and movie. Like other cartoon black cats, this cat is a little creepy and sinister. He talks to Coraline and occasionally helps her out.

In the book and movie, Coraline discovers a parallel universe with a dark secret. Have you ever wanted to leave your life and go somewhere else for a while?

Ideally, the people in your world would be a lot friendlier than the ones that Coraline meets.

In any case, this guide shows you how to capture the cat's sly personality with your drawing. Once you've drawn this cat, you can try other cartoon cats, like Oggy.

Step-by-Step Instructions for Drawing the Cat from Coraline 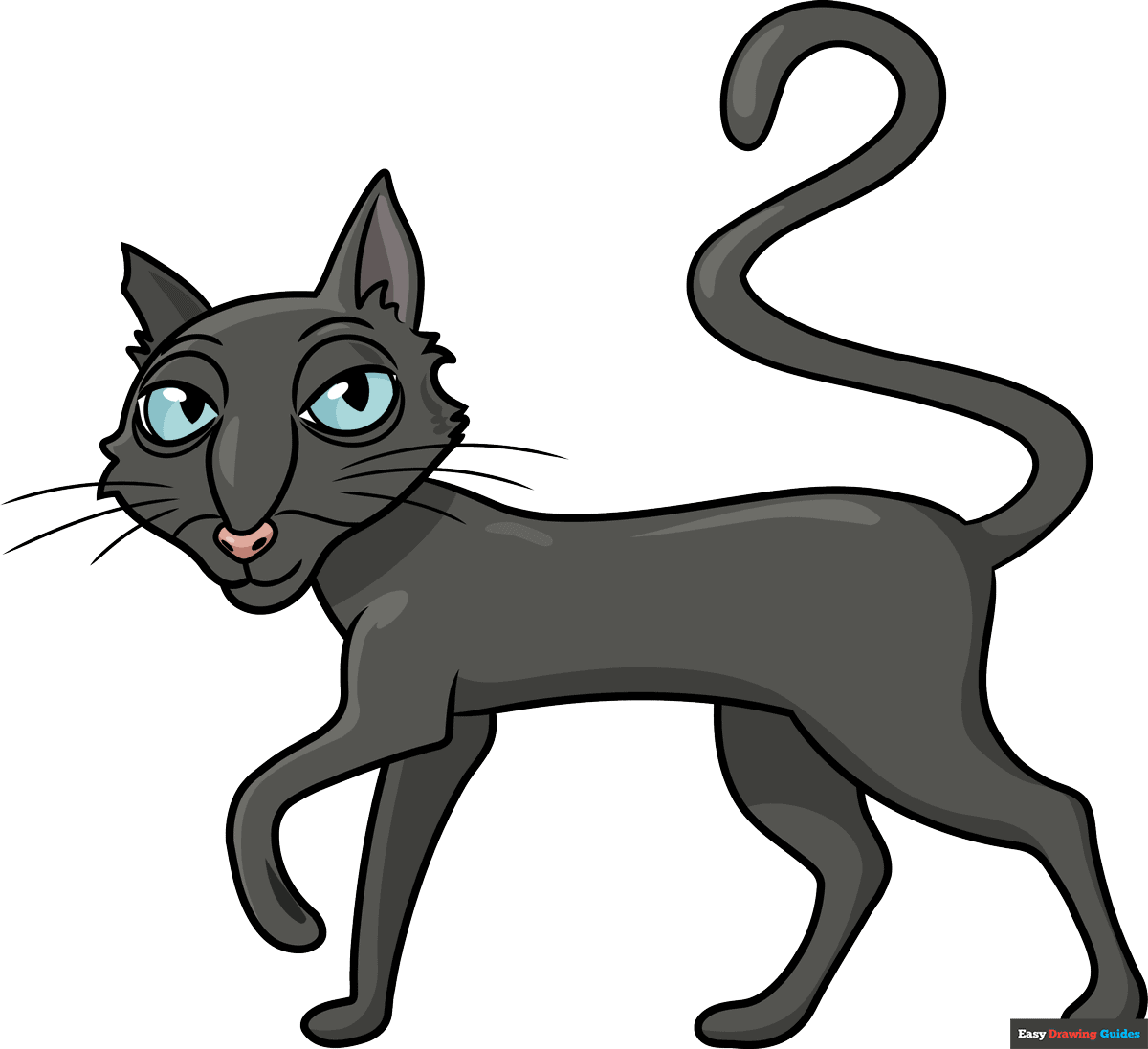 How to Draw a Great Looking Cat from Coraline for Kids, Beginners, and Adults - Step 1 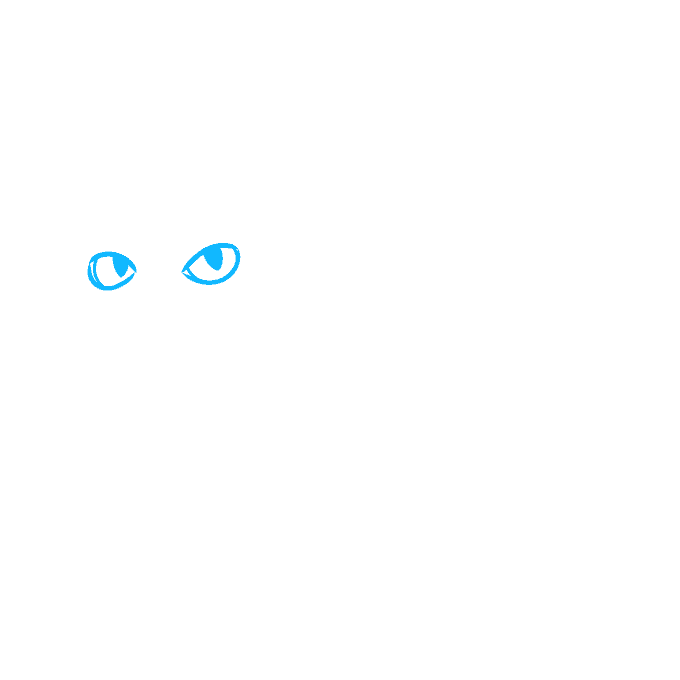 1. Draw two lemon shapes with the left shape slightly "squashed." Sketch lines inside these shapes to outline the eyeballs, then add smaller lemon shapes and fill them in. 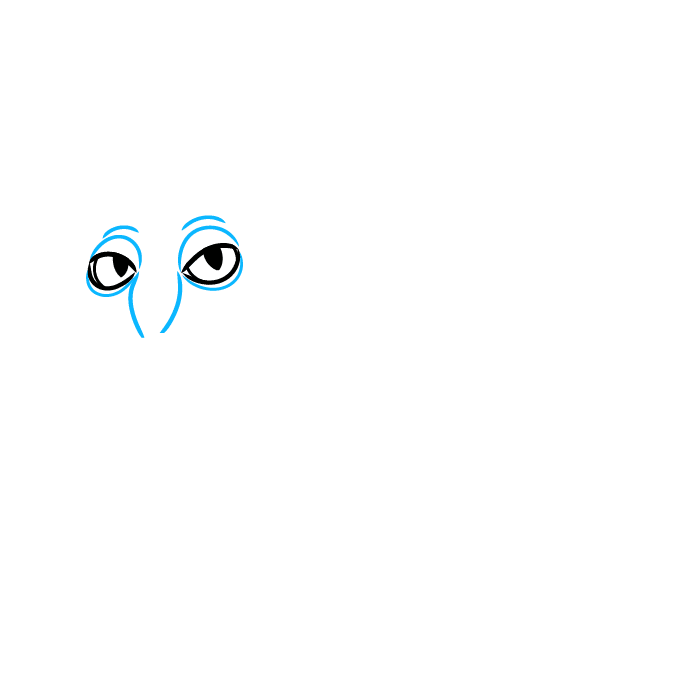 2. Sketch curves around the eyes to make angled circles. Draw curves above the eyes, then draw two curves in the middle like parentheses. 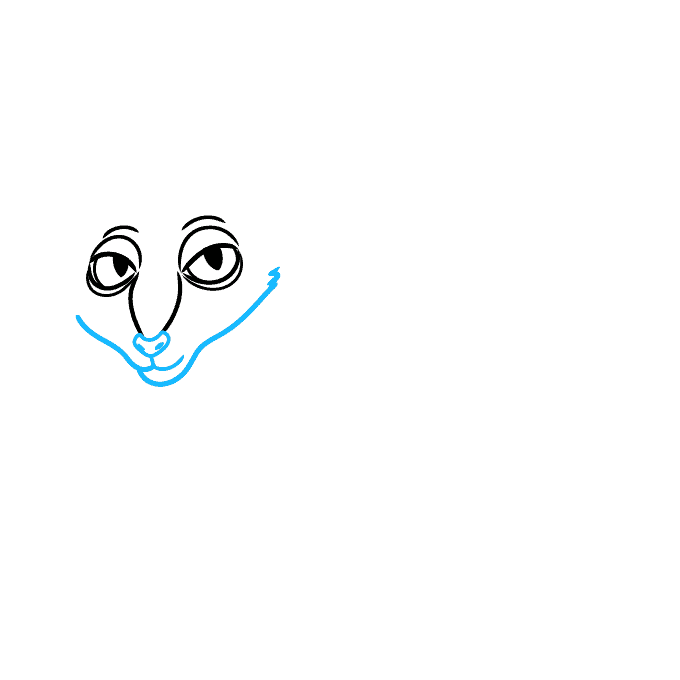 3. For the nose, draw a loose heart shape with a wide dip in the middle. Sketch two hook shapes underneath, then make a curve with diagonal lines on both sides, like a coat hanger. Add two dashes inside the nose. 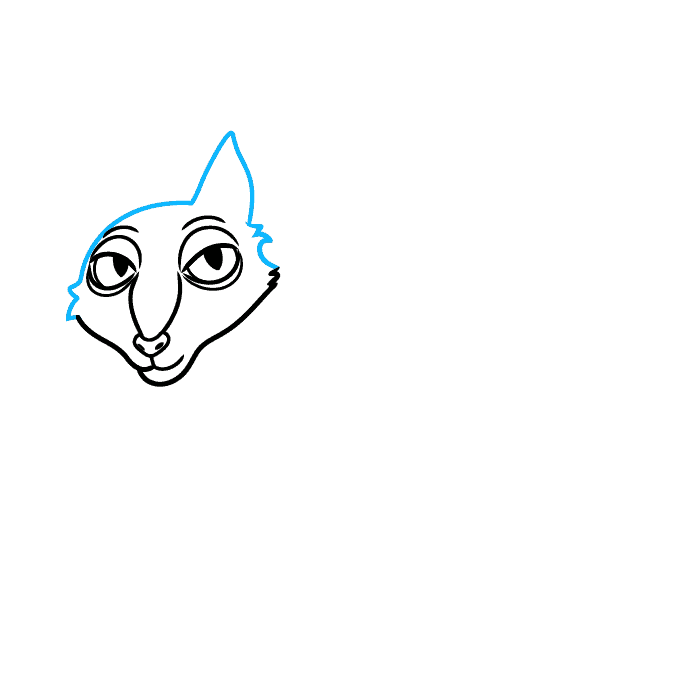 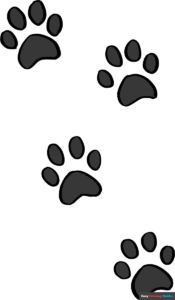 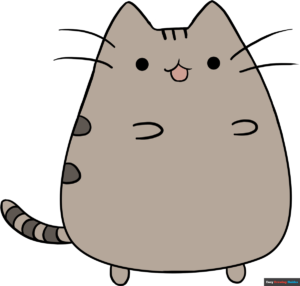 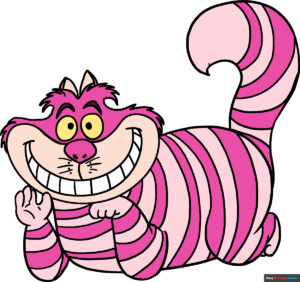 5. Use jagged lines to make the left ear. Draw a vertical line in the left ear that ends in a squiggle. Sketch the whiskers, then add two lines to the face. 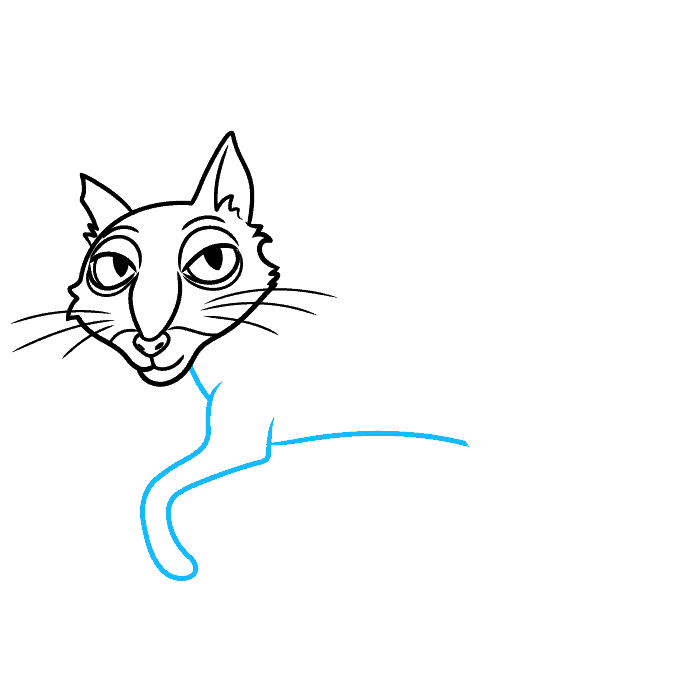 6. For the leg, start with two sketchy vertical lines, then connect them with a long tube shape. Connect the leg to the head with one line, and add a curvy line to the right. 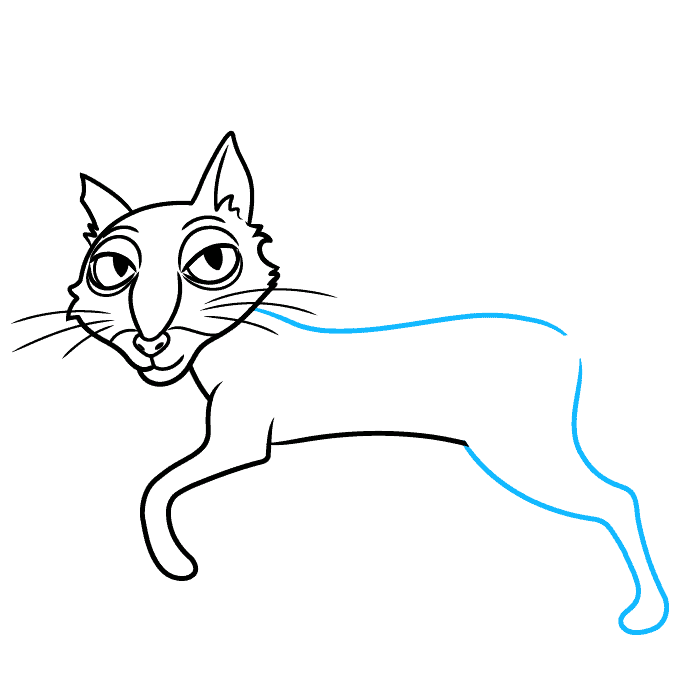 7. Sketch another curvy line for the top of the body. For the leg, draw two curves that are slightly parallel with one curve pointing higher than the other. Sketch a tube shape with a bulb at the end. 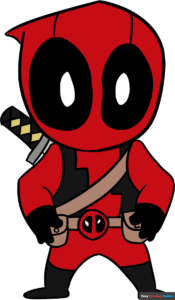 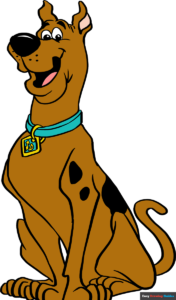 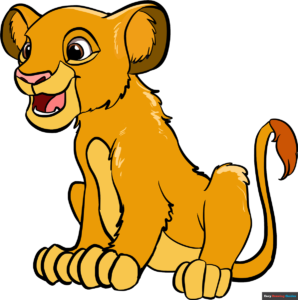 Add More Details to Your Cat from Coraline Picture - Step 8 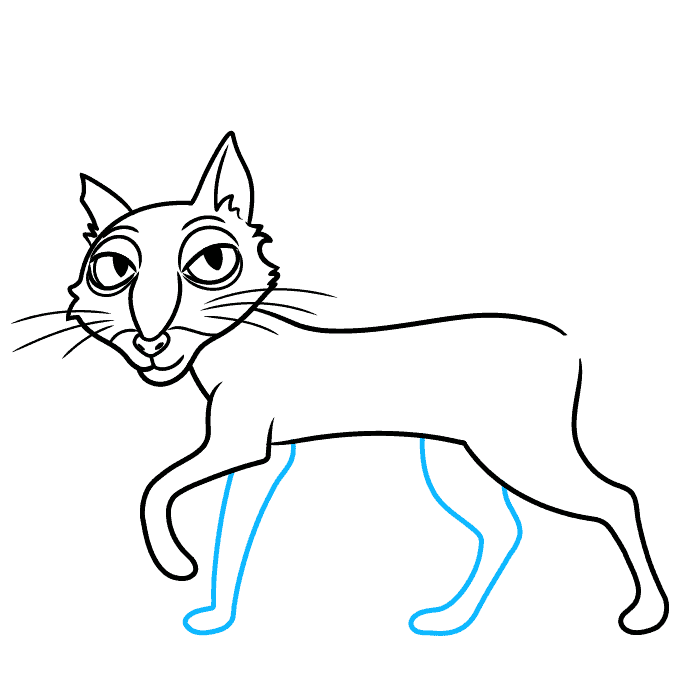 8. Repeat the previous step for the left leg. Draw two curves to start the right leg to make a shape like a chicken drumstick, then outline another cylinder with a loop at the end.

Complete the Outline of Your Cat from Coraline Drawing - Step 9 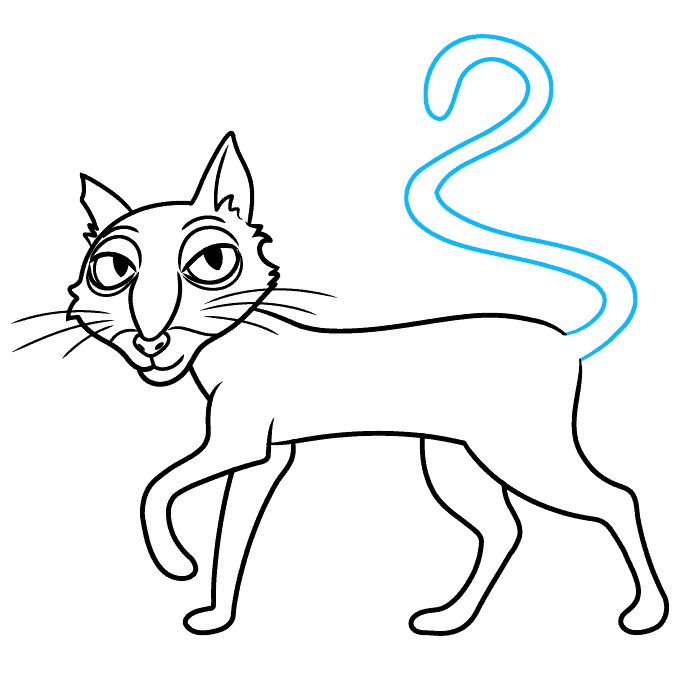 9. Use a long squiggly line for the tail, like you're drawing a spooky black cat.

Color Your Cat from Coraline Drawing

Outline your cartoon cat from Coraline in black before you color it in to clearly define all the shapes.

To complete your cartoon cat from Coraline, color the outline dark gray with different shades for the shadows and highlights. Make the nose pink and the eyes light blue. 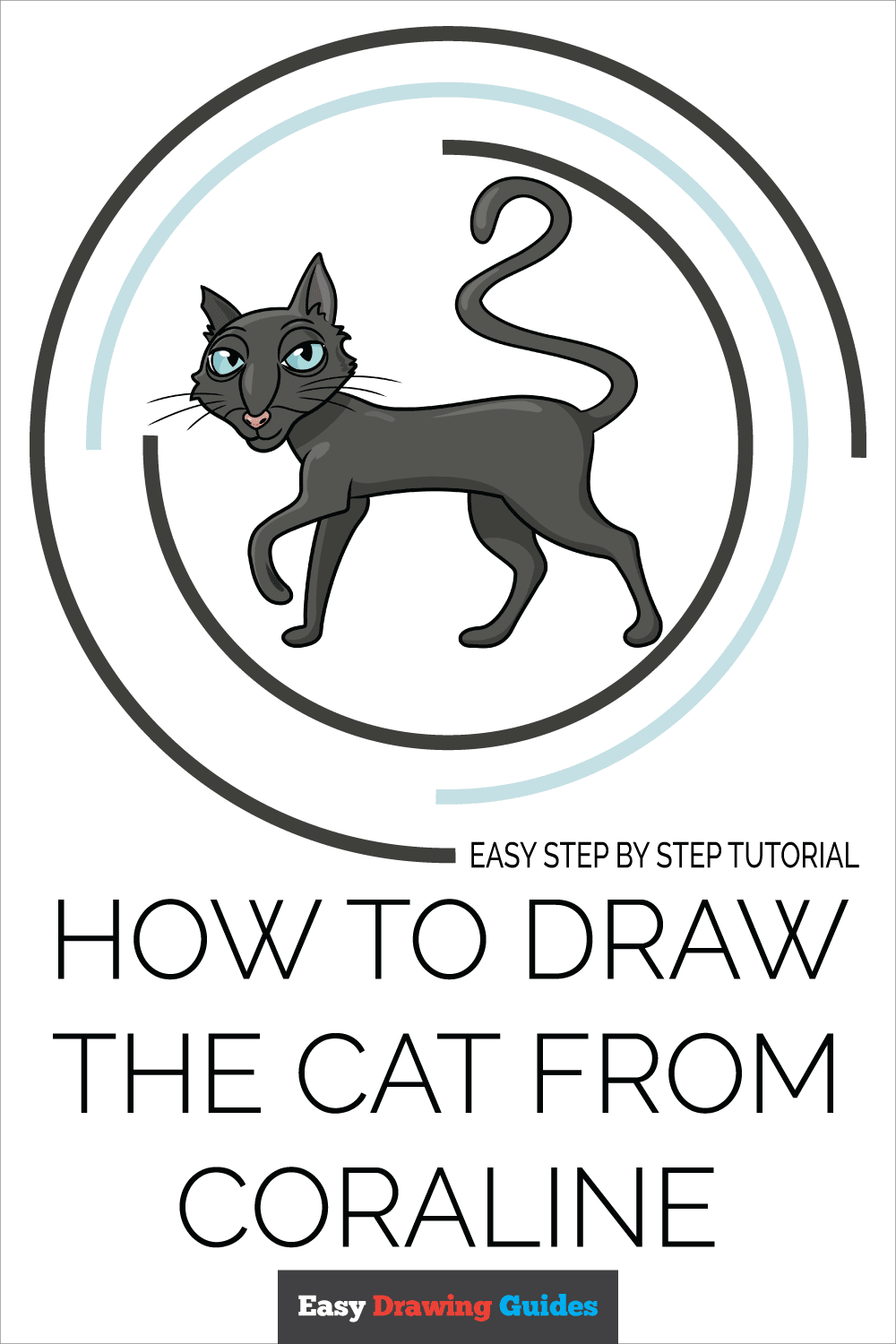 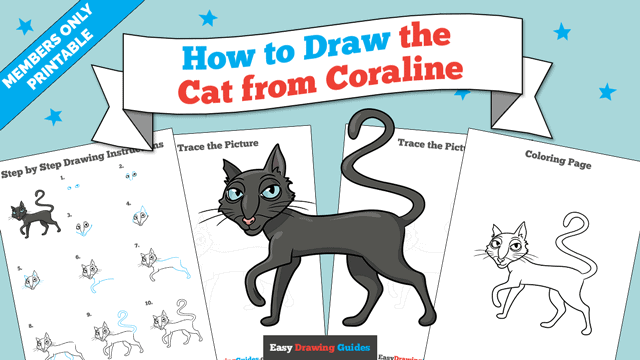