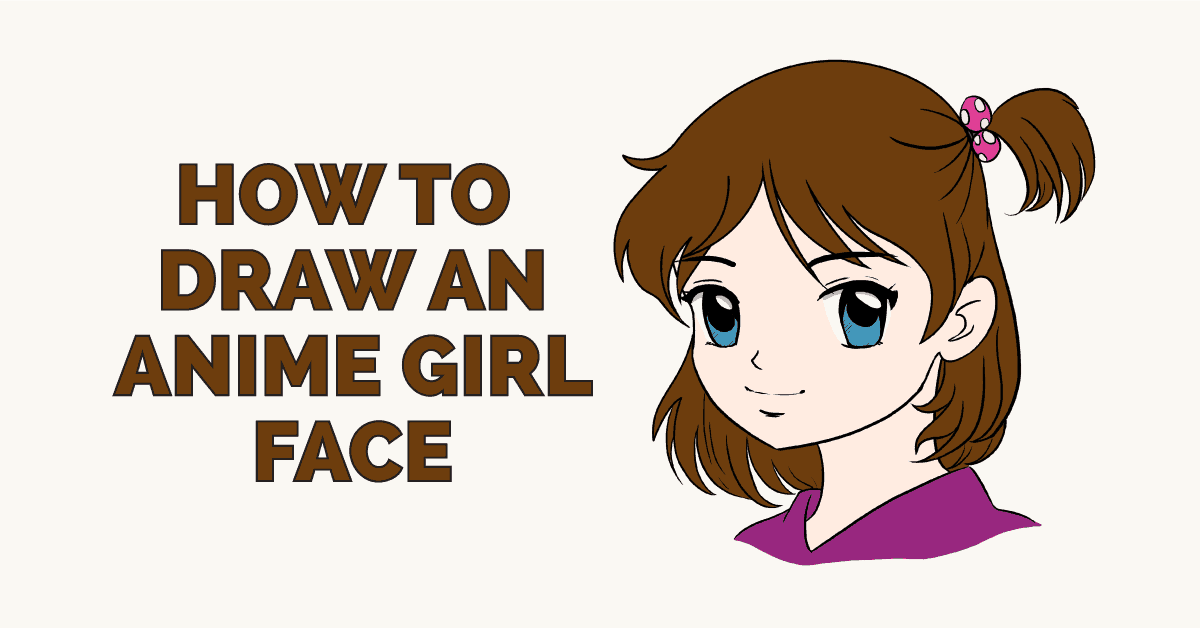 Anime is a popular style of cartoon animation. It can be hand drawn or computer generated. Anime can be recognized by the large, expressive, often rectangular eyes of its characters, as well as the spiked nature of many hairstyles.

Anime's history dates back to at least 1917, when the first known Japanese animation was produced. Today, this art has grown to include more than 400 production studios. Not only do they produce cartoons for children, but dramas, romances, and action series for adults as well.

The love of anime has grown far beyond manga comic books and animated cartoons. Many fans dress as their favorite characters, acting out battles or scenes in a hobby called cosplay. In Japan, otaku, or anime fan culture, extends as far as themed restaurants staffed by costumed employees. Fans desire to enter real spaces that mimic their favorite fictional worlds as closely as possible.

Would you like to draw an anime girl face in 3/4 view? This easy, step-by-step drawing tutorial is here to help. All you will need is a pencil, an eraser, and a sheet of paper.

If you liked this tutorial, see also the following drawing guides: Manga Hair, Naruto, and Goku.

​Step by Step Instructions for Drawing​ ​​​​​an Anime Girl

2. ​​​​Use a curved line to sculpt the pointed shape of the chin and the oval shape of the ear, beneath the original circle.

3. ​Erase the guide lines of the original circle, leaving a clean outline of the face.

4. ​​​​​​​​​Sketch in the hair. Use a long, curved line to outline the hair above the head. Then, use a series of curved lines, meeting in sharp points, to craft the locks of hair hanging about the face. Each lock should be shaped roughly like a narrow, curved triangle. Note that some overlap others.

5.​ ​​​​​​​​​​​Draw a squiggly line across the ear, indicating the inner ear's detail. Then, extend two curved lines downward from the head to form the neck. Draw a "V" shaped line at the base of the neck, forming the collar of the shirt. Then, use curved lines to draw the shoulders.

6. ​​​​​​​​​​Continue to sketch the hair. On each side of the neck, use long and short curved lines to sketch the locks, allowing the lines to meet in sharp, curving points. At the back of the head, draw two circles. This forms a hair barrette. Draw polka dot circles upon it. Then, draw a pigtail emerging from the barrette. To draw the pigtail, use curved lines that meet in sharp points.

9.​​ ​Within each eye, draw an oval. Then, draw a smaller, narrow oval within this shape. Shade the larger oval to form the pupil of the eye. Draw a small, sideways "V" shaped line to indicate the nose. Draw a wide curve to form the smiling mouth, and two smaller curved lines to indicate the chin. Finally, texture the hair by drawing curved lines at the base of the pigtail.

10. ​Color your anime girl. Be creative - anime characters often have vibrantly shaded hair. Would you like to try your hand at even more anime art? Check out our tutorials for manga hair, Naruto, a ninja, charizard, pikachu, and Goku.

The Complete Anime Girl Face Drawing Tutorial in One Image

How to draw: Anime Girl Face - all drawing steps