Do you like watching anime or reading manga comics? Many anime fans also enjoy drawing their favorite characters.

This fan art can feature new stories, abilities, and characters not explored in the books or shows, or intriguing crossovers between familiar franchises. Learn how to draw your own anime and manga fan art today!

Anime and manga-style artwork is recognizable by the large, expressive, often rectangular eyes and the spikey hair worn by many characters.


The chibi anime style deforms characters with large eyes and heads and small bodies, giving them a cute childlike appearance. Chibi forms of characters may be used to indicate strong emotions such as anger, love, or embarrassment.

Which anime is your favorite? You can learn how to draw your favorite characters from Dragon Ball Z, Naruto, Fairy Tale, My Hero Academia, Marvel, Kaguya-sama: Love Is War and Sailor Moon.

You can also learn how to draw anime-style facial features, such as eyes and hair, to design your own unique character!

Epic battles or epic love stories - the choice is yours when you illustrate your own anime and manga pictures! Channel some Kamehameha energy into your pen, pencil, or marker, and let's get drawing today! 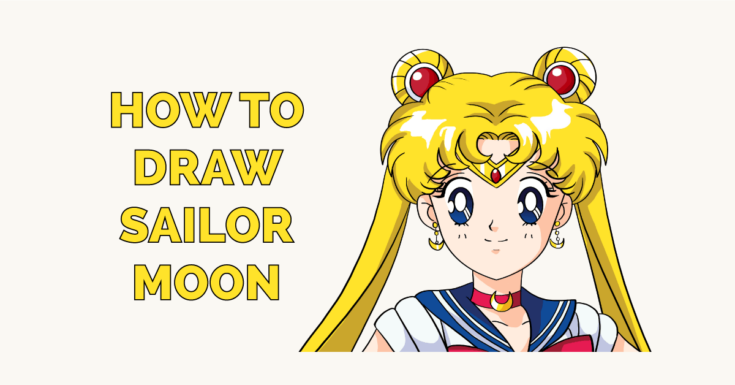 Since 1991, Sailor Moon has been one of the most beloved heroines in anime. Serena thought she was an ordinary girl, but she was actually a reincarnated Princess of the Moon Kingdom! 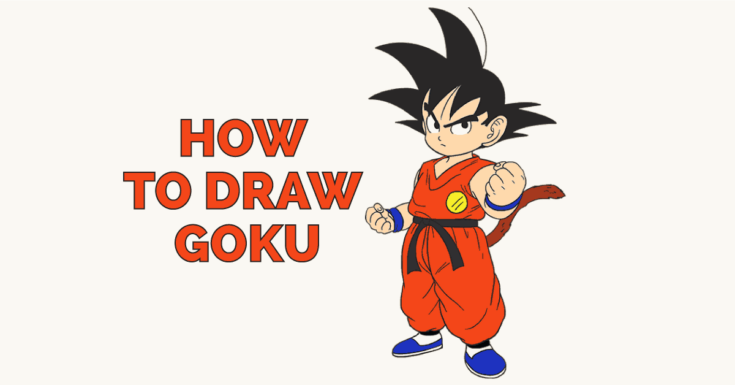 Young Goku was a force to be reckoned with in Dragon Ball, the series that preceded the international phenomenon Dragon Ball Z. Watch out, he can't yet control his ability to transform into a mighty ape! 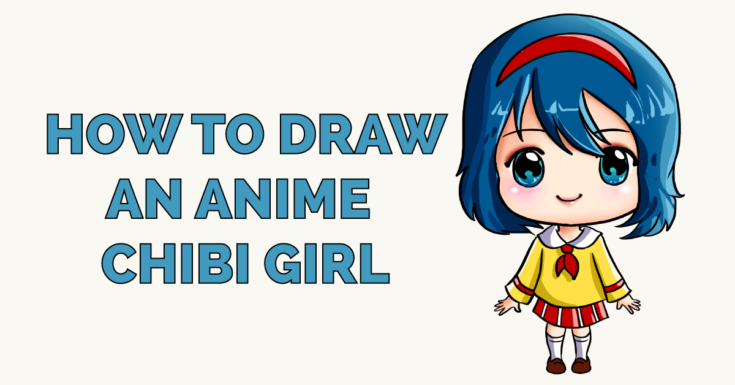 Familiar characters are often drawn in chibi style - with large heads and small bodies - to denote cuteness or emotions such as love, anger, or embarrassment. This chibi school girl drawing will help you get the hang of it. 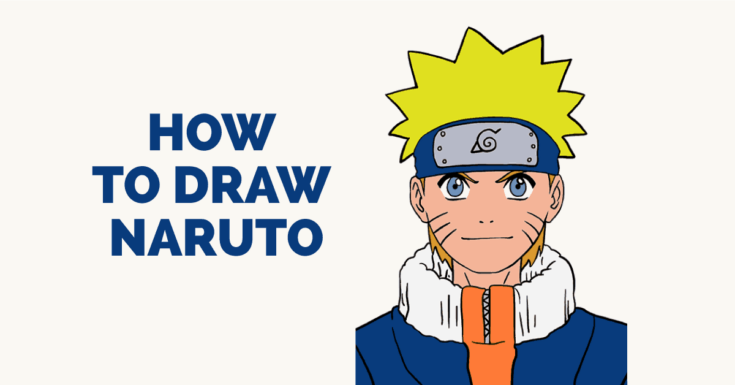 Naruto Uzumaki is a young Ninja who grows into adulthood while facing many challenges. Hard work, friendship, and winning at all costs are among the things he values. When you draw him, adventures await!

How to Draw an Anime Smile

Anime characters are known for displaying exaggerated facial expressions. Get the hang of drawing a bright anime smile with the help of this cute female character.

How to Draw an Anime Boy Full Body

If you want to learn how to draw your characters in action, understanding body proportions is a valuable skill. Try your hand at drawing a full-body character with the aid of this anime boy.

How to Draw an Anime School Girl

Girls in school uniforms - typically collared shirts and short pleated skirts - are staples in Japanese anime and manga. This character looks like one of Sailor Moon's classmates! 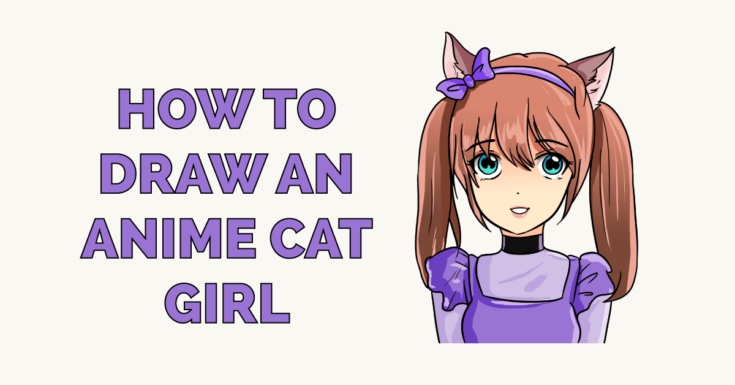 Characters with animal ears are known as kemonomimi in Japanese. Cat ears are referred to as neko, the Japanese word for cat. The animal and human worlds combine for this anime girl!

How to Draw Kakashi Hatake from Naruto

Kakashi Hatake is one of Naruto's strictest teachers. He wears a face mask - your drawing can remind other anime fans to wear theirs, too!

The villainous Loki may be an antihero, but that doesn't mean he can't be cute. This brother of Thor is a frequent contender in Marvel comic books. He is known as the "god of mischief."

Many anime include mythical creatures like this unicorn. You can adapt your favorite My Little Pony to chibi style. 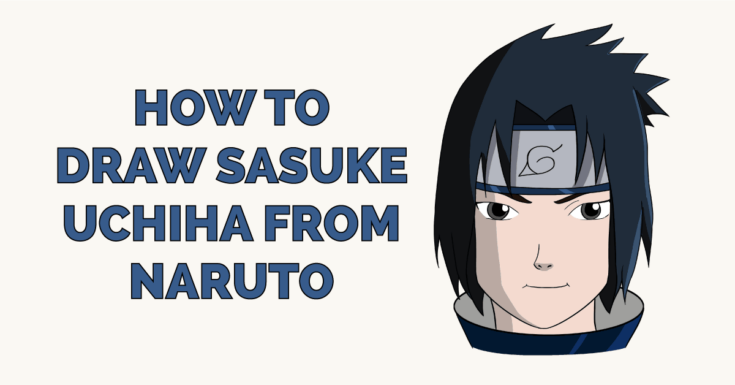 Sasuke Uchiha is a young ninja whose primary goal is to avenge his family. He is a friend and teammate of the titular character, Naruto. 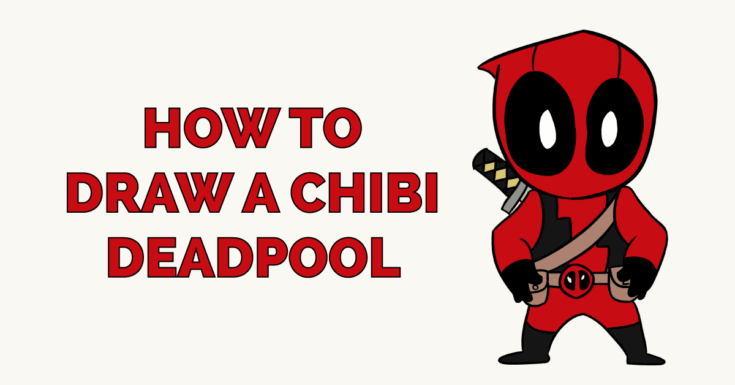 Deadpool is a Marvel antihero famous for his wry sense of humor and "breaking the third wall" - speaking directly to the reader. You can shave off his rough edges by drawing him in chibi style. 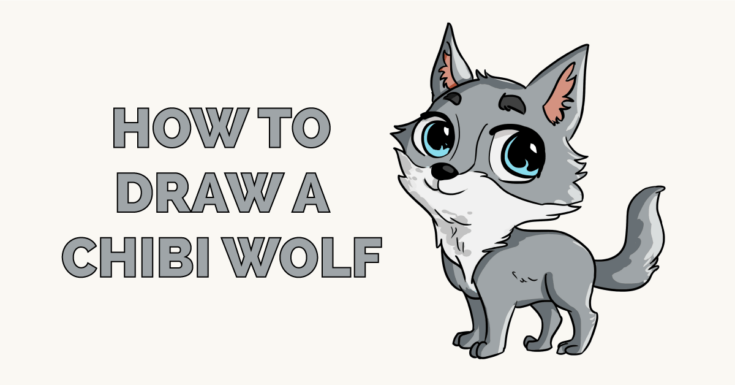 Wolves are popular anime characters - especially people or spirits who can shape-shift into these wild canines! Draw this cute baby wolf in chibi style. 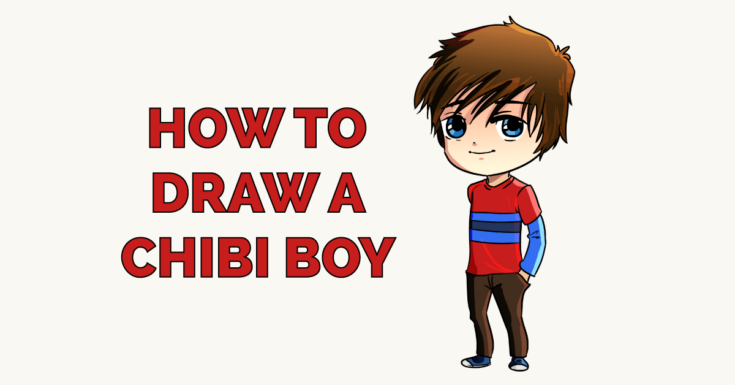 How to Draw a Chibi Boy

This chibi boy isn't afraid or angry - he is the essence of cool. Pair him with a chibi schoolgirl to write your own manga romance!

Dogs are known as man's best friend, and this scruffy anime pooch is excited to be someone's sidekick! Draw him alongside your favorite character.

There's nothing cuter than a playful kitten. Combine this naturally adorable animal with a chibi art style, and your sketch will be absolutely irresistible.

How to Draw an Anime Girl Side View

As your drawing skills grow, you'll likely want to sketch your characters from different angles and viewpoints. Practice drawing characters in profile with the help of this simple tutorial. 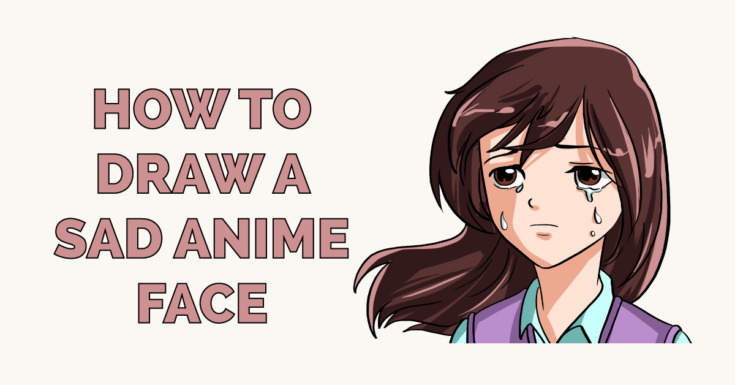 Even anime characters can't always be happy. Draw the tears of this broken-hearted character. Will a hero come to save the day?

How to Draw Deku from My Hero Academia

Izuku Midoriya dreams of being a superhero. The only problem is that he is in the minority of people with no natural Quirks, or superpowers. That is, until he inherits a power from his favorite Pro Hero... 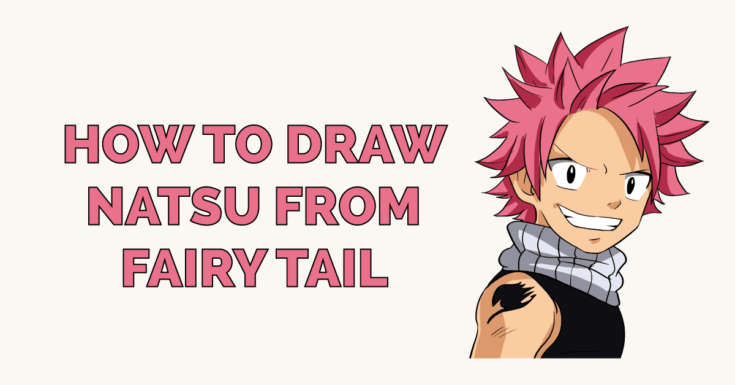 Natsu Dragneel is a Dragon Slayer with fiery abilities. He is the son of an actual dragon - the Fire Dragon King. Sketch your own version of this updated fairy tale. 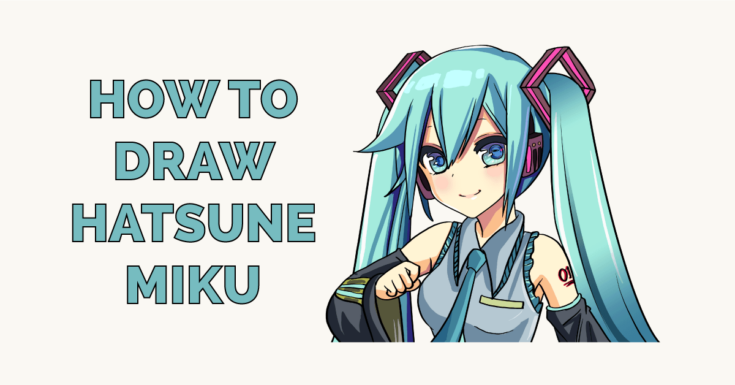 Hatsune Miku is a "vocaloid" character, a 16-year-old android diva who stars in a manga, a video game, and has performed in live, real-world concerts.

How to Draw Katsuki Bakugo from My Hero Academia

Katsuki Bakugo grew up in a world where almost everyone has a superpower. His is Explosion, made possible by his nitroglycerin-like sweat. 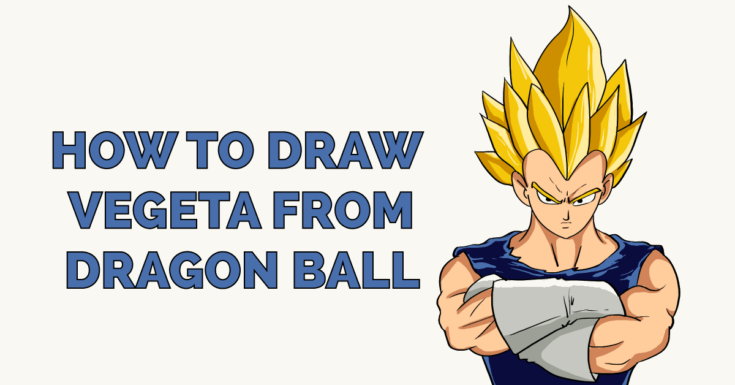 Vegeta is a Super Saiyan, the prince of the planet Vegeta. He wears traditional armor and is obsessed with becoming more powerful. He eventually learns to work with his rival Goku to defeat a common enemy. 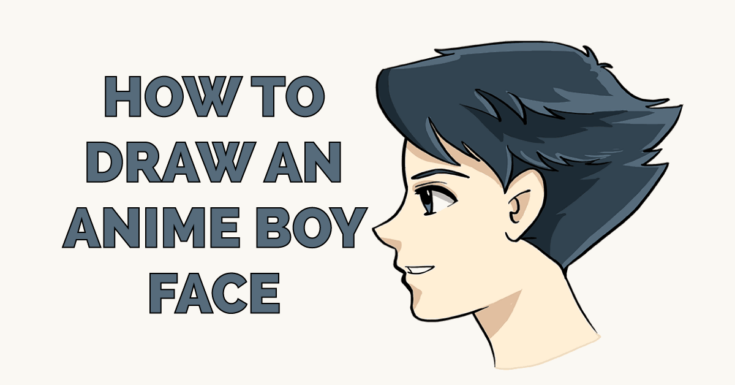 Expand your character drawing skills as you learn to draw a male face in profile. His classic anime hairstyle is fitting for many characters! 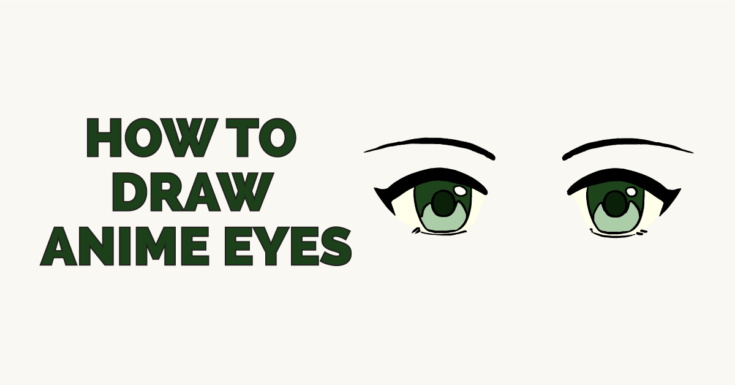 Anime and manga art is known for the large, expressive eyes. They are said to be the 'windows to the soul' of your character! 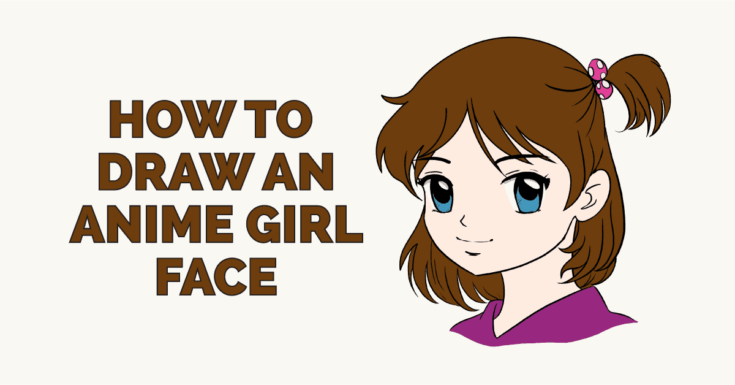 Test your drawing skills with this sweet anime girl. It's time to tell her story - is she a damsel in distress or a warrior in plain clothes? The choice is yours. 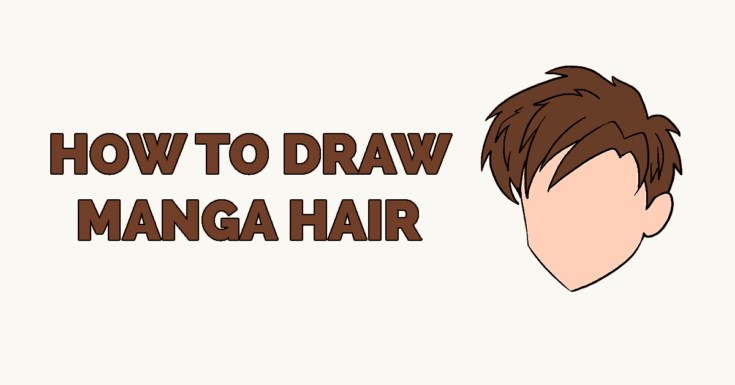 Wild, spiky hair is a hallmark of many manga and anime characters, from Super Saiyans to Pokémon trainers. You can begin crafting your own unique character, starting with his luxurious locks!

How to Draw an Anime Elf

Elves, fairies, and other mythological beings are familiar features of many animes and comic books. You can learn how to draw a pointy-eared elfin female.

How to Draw Shoto Todoroki from My Hero Academia

One half fire, one half ice. He inherited one
contradictory superpower Quirk from each of his parents. Will he be able to control them?

How to Draw Kaguya Shinomiya from Kaguya-sama: Love Is War

Love is truly a battlefield at the prestigious Shuchiin Academy. Kaguya Shinomiya and Miyuki Shirogane like each other - a lot - but each is too proud to admit it. Watch them scheme to force the other to confess in this animated romantic comedy.